Brianna Pinto and her family know the sport of soccer well, and the breed of soccer in North Carolina well as well — playing in the local ECNL CASL (now NCFCY) program, before eventually playing at the University of North Carolina at Chapel Hill for college. Pinto sat down with Courage Country virtually last night to answer the 2022 Starting XI Questions.

I’d say the prospect of winning. I love winning. It’s just so satisfying, and then getting to compete with like-minded women who are equally as competitive as you are — that motivates me every day. 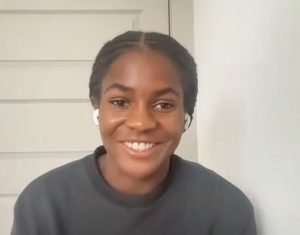 I would say, Kaleigh Kurtz. She’s so dynamic on defense, and she’s tough as nails. She’s scored a couple of big goals throughout the season. So I think she does it all. And I like to call her the glue. That’s a nickname I’ve given her just because she has saved us a bunch of times, and then she’s also come a big in game-changing moment.

I’d love to win the league. I want to win the NWSL Championship, and that’s what we’re working towards.

Off the field, I watch a lot of video. I am my own biggest critic. I know whether I play well or I didn’t. I set some goals for myself and when I watch my film, I see if I met those goals in terms of my grit, my tenacity on and off the ball, offensively and defensively.

Then just my risk taking — I think that’s an area of growth for me. I want to be aggressive and create and score goals. So I think the getting the most out of myself is achieved by being critical and by evaluating how I play through video. 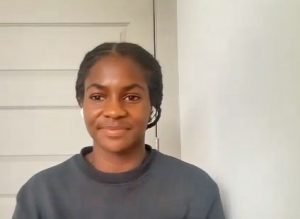 Then on the field, I just have mental markers, like one of my goals is to complete at least 85% of my passes and I want to be sharp on the ball. I want to have to leave each half with a couple shots on goal because more than likely, it gives you more a greater chance of scoring. Those are the markers that I hold on the field. Then obviously when I’m on defense, I want to be good in the tackle and win the ball so that we can transition forward. So I take mental markers on the field and off the field and I evaluate how I did with video.

My go-to pump-up song it’s probably, “Dreams and Nightmares” by Meek Mill. It’s just so exciting. It gets the life going in the locker room, in my opinion. So I love that song. I might listen to it to or three times before the game.

The FIFA one was my favorite. Another one I’ll talk about is I actually got to travel with the under 19 US Women’s National Team. We went to China and we actually got to play in Iran’s first youth international match. So just to share the field with them was incredibly special because obviously we’re a nation that’s had an incredible amount of resources invested in us over the last 20-30 years and for them to just be making their first steps into international football was special — just at the youth level and just to be a part of that and share their joy was something I’ll never forget.

8. What was your first big win of mind over matter in soccer?

I’d say my first year as a professional was really hard, ust because I didn’t play as much as I wanted to at Gotham. So to step into my first game with NC Courage and to score on them, that was a big moment for me, because it’s a testament to all of the hard work that I’ve put in over the last year and just my will to find a way to prove myself day in and day out. Obviously, it’s not something that I can dwell on for the next few months. I want to chase the next moment as well. But I think it was really special for me personally. 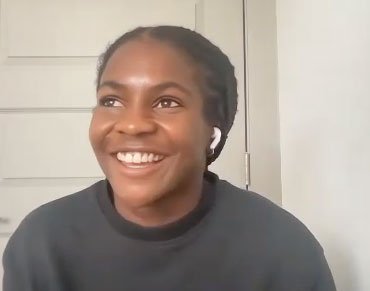 I thought Lumen Field was really nice. I played in Portland for the national team and I think they have an incredible crowd. But I’d say that I’d list a couple of places because I’m just so proud of just the growth of the NWSL and just the fans attendance.

But I’d say the number one for us this season and the stadiums that we’ve played in with Angel City. They had 22,000 I believe, and we couldn’t even hear each other on the field. It was absolutely insane. I just thought it was a win for the game of women’s soccer as a whole. So that was really special.

On the field I’d say winning US Soccer at 2019 US Soccer young female player of the year. That’s on the field and then off the field was probably the FIFA — being the US representative to help bring a World Cup because I just think that’s just going to be such a special year for soccer in North America. I just can’t wait for kids all across our country and in Mexico and Canada to share that same joy for the game, even if that’s their first experiencing an international match. I’m just so glad to like play a role in that. That’s cool.

11. Question from the last player (Haleigh Stackpole): If you could be an animal, what animal would you be?

Somebody actually asked me this. I would be a velociraptor. I like velociraptors I think they’re neat. They’re dinosaurs and they’re fast.

Look for more articles on Brianna Pinto and the entire North Carolina Courage squad throughout the 2022 season here on Courage Country.