After the record-breaking 2018 season, this site was created to follow everything related to the NWSL’s North Carolina Courage, NWSL in general, and women’s professional soccer. We celebrated our one-year anniversary on January 4, 2020, and are ramping up for our third year of covering and promoting Courage.

This site is not affiliated with the North Carolina Football Club or North Carolina Courage and represents a group of fan’s perspectives on the NC Courage. 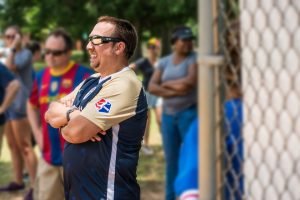 Founder and publisher of CourageCountry, Ryan found a passion for the game of soccer over the past decade as his sons entered into soccer, coaching recreational and challenge-level teams for NCFCY.

After becoming season ticket holders for the NC Courage, the Keefer family developed relationships with the players and staff of the North Carolina Football Club and the NC Courage. Wanting to give back, promote and grow the NWSL and NC Courage, Ryan created CourageCountry.com as a way to do all those things and simultaneously utilize his journalism and mass communication degree from the University of North Carolina at Chapel Hill.

He has 20+ years in web technology, leadership, mentorship, and coaching and works as a Group Interactive Director. Outside of work and soccer, Ryan enjoys time with his wife, Amanda, and two boys, Tyler and Nolan. 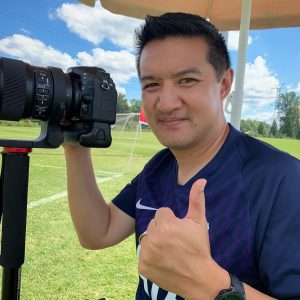 Greg is a photographer that specializes in action soccer photography. As a lifelong player, coach, and fan he transitioned to photography to resist the urge to coach his kids from the sidelines.

His favorite thing to do in the world is watching a soccer game with a camera in hand and his passion is in capturing the emotion in the beautiful game through his photos.

Outside of photography, Greg is a CEO of a digital consultancy in Raleigh and enjoys time with his wife and three children in Cary, NC.

Honestly if you just update the bio page that should be fine. Caption Text should remain the same but on Bio page text should read “You can view his photography at SoccerPhotographer.com or on Instagram at @FollowGregSports.”

You can view his photography at SoccerPhotographer.com or on Instagram at @FollowGregSports. 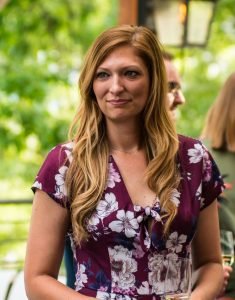 Originally from Maryland, Megan had her first taste of the South when she moved to Clemson, SC to begin her collegiate career as a freshman walk-on at Clemson University. Although she played soccer competitively for the majority of her youth, a leader on her high school and club teams, she was surprised to find the transition to the college level challenging. She joined the university’s club team and found a better work-life balance with the sport she’d always admired. After graduating with a Bachelor of Science in Graphics Communications, she moved to Raleigh, NC to begin her professional career.

When she’s not playing soccer, she’s working as a VP of marketing, cherishing quality time with her daughter, Violet, and husband, Kevin, and staying close with friends and family.

She’s enthusiastic about the future of the NWSL and impressed with soccer’s continued momentum in the Raleigh area.