The Courage have multiple international/national team players, including Brazillian national team players, Debinha and Kerolin Nicoli, along with USWNT goalkeeper, Casey Murphy. Other international players include Valerie Gauvin, a French international, Denise O’Sullivan of Ireland, Havana Solaun of Jamaica and Abby Erceg and Katie Bowen with New Zealand. All are not currently away, but have the potential of being absent from NWSL play throughout the season.

Folds was a part of the 2020 draft class, being selected by the Courage in the fourth round (36th overall) of the 2020 NWSL Draft. Folds signed an 18-month contract with the Swedish BK Häcken (formerly Göteborg FC) team after COVID-19 disrupted the 2020 NWSL Regular Season. Folds went on to play six games for BK Häcken. The midfielder then was loaned to Denmark’s Fortuna Hjørring. With Fortuna Hjørring, she started 8 of the 11 games she played with the club.

Folds then signed and played for Auburn University. She scored 24 goals and had 25 assists in 79 matches. In 2018 at Auburn, she was a first-Team All-SEC selection. She made 76 appearances in four years with the Auburn Tigers, leading the team in scoring her junior and senior campaigns. Folds also represented the United States at the U23 level, most recently in April 2019. 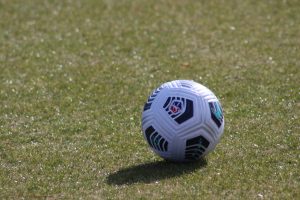 Folds will be available for the NC Courage’s home game on Friday, July 29 at 7:30 p.m. ET against the Washington Spirit. Tickets are still availabe, and the match will stream live on Paramount+ and internationally on the Twitch platform.