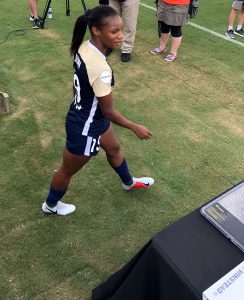 Crystal Dunn has been named to the Concacaf Female Best XI in her new role as a defender with the U.S. Women’s National Team.

While the NC Courage both list and utilize Dunn as a forward, USWNT head coach Jill Ellis moved her to a defensive role last year with the national team, where the team’s bench is thinner.

Dunn has scored five international goals, with her fifth in the 5–0 victory over Costa Rica in 2016.

Dunn is tied for the most goals scored by a U.S. player, netting five goals and one assist. 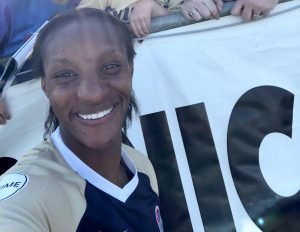 In 2017, Dunn player for Chelsea, scoring four goals. In 2018, Dunn left Chelsea and joined the Courage in January after the team acquired her rights from the Washington Spirit. She made her club debut in the 2018 NWSL season opener against Seattle Reign FC on March 24