Denise O’Sullivan is famous (or is it infamous?) throughout the NWSL as the hard-working and hard-nosed midfielder who’s got drive and tackles for days. North Carolina Courage. The Irish NC Courage midfielder joined Courage Country virtually Wednesday afternoon to answer the 2021 edition of the Starting XI Questions.

When COVID hit, I think it was just like not being able to be with the team the whole time. I think training in twos — I think that’s what we did at that time. We trained with partners, and I found that that was really tough because it’s just not a team environment. The energy that the whole team brings is incredible with the Courage so just having two of us, I think was really tough.

Then just having your teammates around do you — they’re your friends. We’re all a big family, so I think I missed that part as well just the whole team laughs that we have, and the competitiveness of the team. That was definitely the toughest part.

I think it’s just appreciating the little things. During that time of just Facetime and family, I think, was the biggest thing for me. It was a tough time obviously being away from family. There’s always the worry in the back of your head during a pandemic like, “Are they okay back there?”

So I think it was appreciating at that time that I got to Facetime them every day. We actually had a group Facetime. We’ve never had it before as a family, so all 12 of us are on this group Facetime. We would Facetime each other every Saturday night. They would be like a home whatever they’re doing with their family so I think that was the biggest thing for me was just appreciating those little moments that you get to have, whereas if it wasn’t a pandemic you don’t know if that would ever happen really for me.

First of all, like how much you have to hold yourself accountable. I think that’s huge and I came into this environment, not knowing. I was kind of in the deep end coming in. But then you quickly find out you’re here to work and that’s it. So I think holding yourself accountable is huge. That’s what I learned, and not just on the pitch for that hour of training or 90-minute game, but what you do off the pitch as well.

That was a big thing for me and honestly, only over the past year and a half, is where I really learned to really take care of my body every second I’m away from the pitch. That comes down to the players that are with the Courage as well — Abby Erceg. I look up to Abby in that sense. Twenty-four hours a day, that girl takes care of her body. So when you have those players around you it’s really important that you get to look at them and say, well, if they can do it, you I can definitely do it, and help the team want more. That’s one thing that I learned is just hold myself accountable on the pitch and definitely off the pitch 24 hours.

Have you found your your role changing when you’re talking about that off the field and on the field as new international players have joined?

I mean yeah you have to be an influence on those players. I’ve been here for many years now, so I’ve learned from the best, and I think with those girls coming in and not really knowing what it’s like. It’s just trying to help them out in pieces. But I’m fully sure those two girls [Diane Caldwell and Haz James] are professionals 24 hours anyway. So there’s not much there to help them with. They’re absolutely great and they have settled in really well and their character on the team is fantastic. Their personalities are so great.

I live with Hailie Mace, so I speak to Hailie a lot — kust even about things that I can do better. I know Hailie’s younger than me and she comes to me as well to get advice and what she can do better on the pitch and stuff like that so she’s a great roommate to have. I would say, mostly Hailie and Lindsey Agnew is another girl I’m really close with off the pitch so. Then you have Diane here as well. We’ve been teammates now for over 10 years, so if there’s anything I need to talk about or vent I would definitely go to Diane.

But I mean all the girls are easygoing, and if you ever needed anything or needed some support, I could honestly go with anyone on this team. That’s the best thing about this team, to be honest. It’s a big family.

What’s been the biggest “aha” moment in your professional career so far? 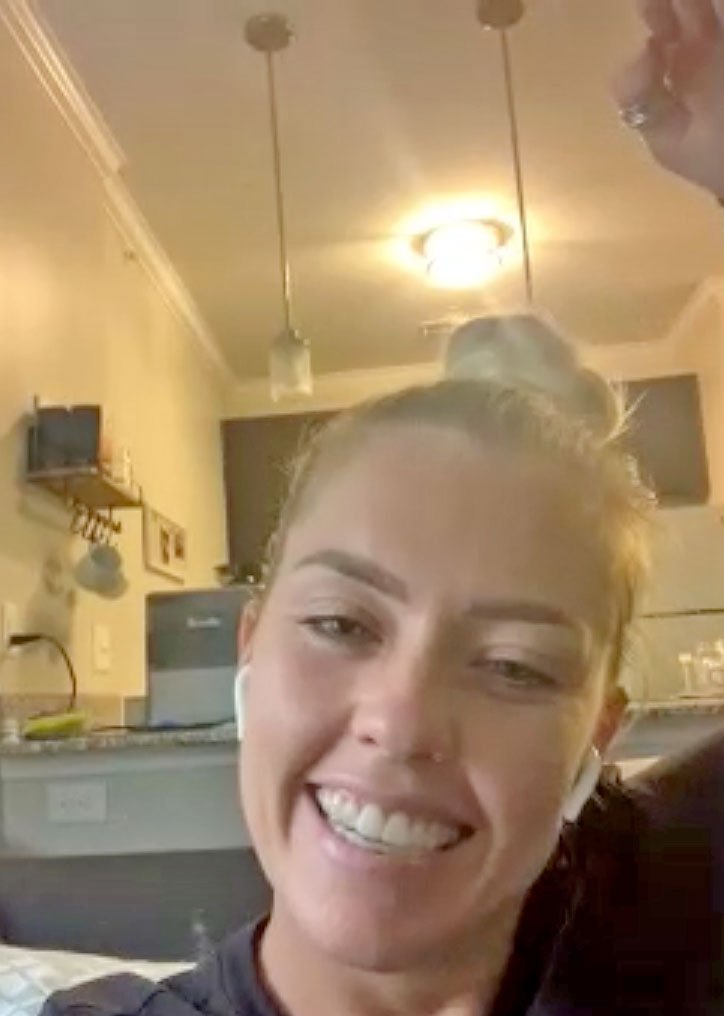 It’s just I wish I took care of my body more at a younger age, I would say. I came into this League in 2016 and I had no idea honestly what the expectations were and how far behind I actually was at that time. So for me, I would say just taking care, and if there was any advice I would give to anyone it’s just taking care of your body at the earliest possible you can.

Definitely the intensity of the training. It’s unbelievable and it took me a good year. I mean the first year, it took me to get used to that the training environment — just the intensity of the sessions that Paul puts on is incredible. You know, I’ve been with many coaches that stopped sessions. Paul just doesn’t. He lets the session flow and there’s just so much intensity to it, and so much fluidity. It’s great.

Then you have players around you that you, you may not have had before, that will help hold you accountable. If you’re not putting in the work, then you’re going to be told. We’re very competitive in training, but in the end, we’re always friends. So it’s fine. I think that’s why we’re so successful as a team.

I would say that the training and I think, obviously just coming away from home, I think that was a big adjustment as well just leaving family on the other side of the world was quite tough. But we have very supportive people here who want to make you feel like you’re at home so it’s been great.

Honestly, I watched Roy Keane a lot.
He’s a Cork man. He only lived 10 minutes from me. So he was a big role model for me watching all his games and just playing in the same position as me. He was fantastic, and then I watch many of games with him, so I would say he’s a big one for me. 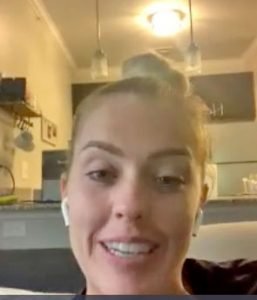 My phone — it’s so bad. I know immediately you just think of your phone and it’s like, wow. It’s crazy. I just need to have it all the time, But I guess having been away from family and stuff, it’s kind of important to have my phone on all the time.

Tennis. I like playing tennis fun — not right now, because in the middle of season, I have no energy to do anything else, but I’m in the offseason I would go and play some tennis and I just find a great sport.

This is gonna sound so cringey — Love Island. The UK Love Island — me and Hailie are watching that all the time. We have a VPN to even get onto it so we’re making the effort. But yeah I have to put hand up and say it.I know some people are gonna hate that, but it is what it is.

Question from Diane Caldwell: Will you ever get rid of your Cork accent?

Look for more articles on O’Sullivan and the entire North Carolina Courage squad throughout the 2021 season here on Courage Country.