In case you missed it yesterday in the lead up to the US Women’s National Team opening match, the North Carolina Courage announced a mid-season trade, sending midfielder Elizabeth Eddy to New Jersey’s Sky Blue FC in exchange for forward Mckenzie Meehan.

Meehan was drafted in the 2017 NWSL College Draft by Sky Blue FC in the fourth round and immediately made 17 appearances her first year, playing 599 minutes. In 2018, she played 351 minutes. So far in the 2019 regular season, Meehan has only logged 14 minutes so far in 2019.

Meehan is familiar with the area, even if only tangentially, as a player of ACC school Boston College, where she scored 28 combined goals in her junior and senior seasons.

Best of Luck to Eddy 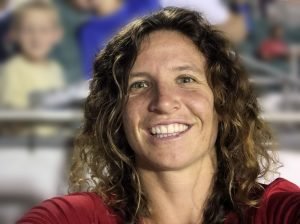 Speculation is Eddy was looking for playing time, fresh off of scoring her first regular-season goal with the Courage back on May. Within the NWSL, Sky Blue FC is a good target for the midfielder to increase playing time and make an impact.

Best of luck to Eddy. We’re glad we were able to sit down with her and have an extended conversation.