Midfielder Havana Solaun enters her second year with the NWSL’s North Carolina Courage and also for the second time, sat down virtually yesterday with Courage Country. Solaun is the fifth to answer the 2021 edition of Starting XI Questions.

During quarantines, a gym and running are easy. Finding people to play soccer with is really difficult because that’s the one thing you need other people for, whereas the strength and conditioning are on your own anyway and you can only do so much with like you.

Game fitness — the only way to get game fit is to play games so it’s kind of a double-edged sword if coaches are like, “Hey you’re not game fit and you’re like well…” But at least here, we do a lot of playing during training. We do 11 v 11 so you do get that game fitness. But in an offseason when you’re training — even the fitness you need to do a training session is different. I could do all the running I want and then be dead the first session we have a ball back because it’s just a different kind of fitness.

The way that the sessions are run here, Paul [Riley] does a really good job of keeping it really high intensity, which makes the transition to the game a lot easier. The struggle is when you’re training at a moderate level. You get into a game and you’re like, “Everything’s moving 100 miles an hour. I’m tired and all this.”

I don’t feel like I’ve experienced that here just because of the way we do train. We do train at a very fast pace so that the game, it’s kind of like, “This is what I’ve been doing.” 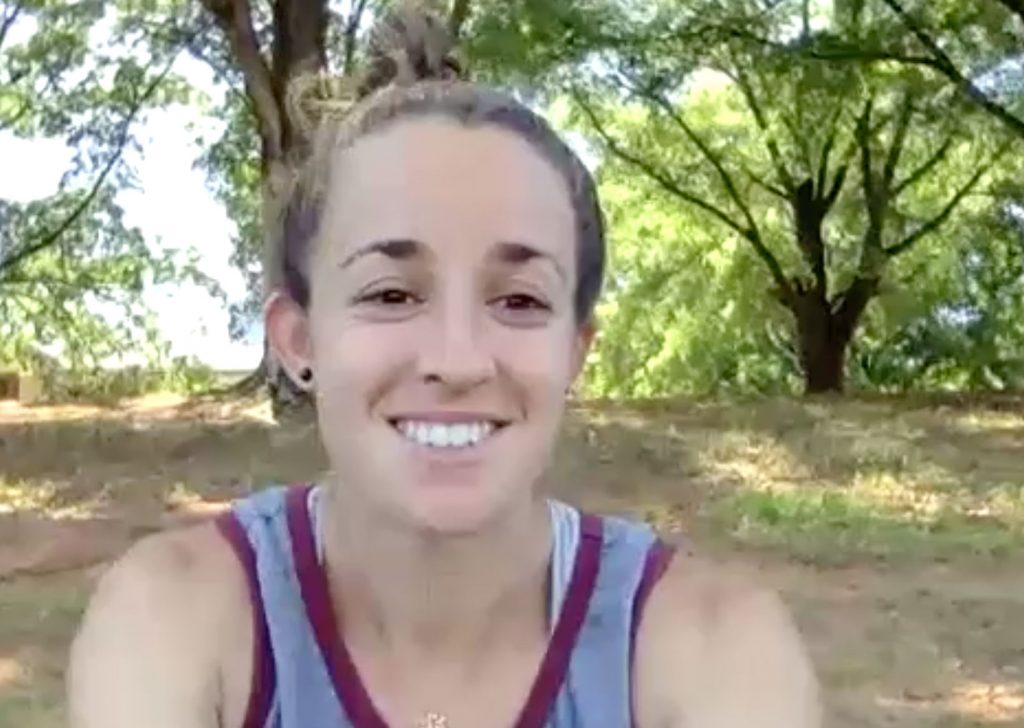 I think one of the things I’ve learned and Paul harps on it a lot is messing up. I think that we always try to obviously not make mistakes, nobody wants to make mistakes, but he is very pro make the mistake because you’re either going to fail or you’re going to succeed. You have to just keep going, and I think sometimes it’s easy to shy away from making these attempts, because you could fail and the possibility of failure tends to scare people, obviously, so I would say that I learned to embrace just taking chances.

Carson [Pickett]’s a good venting buddy for sure. We’ll have our vent sessions when we need them.

I would say after my rookie year, when I broke my leg, there was just sort of this aha moment of accepting that our bodies are going to at some point be like, “enough is enough,” so I think being able to be present and focusing on our health when we are playing. That’s been a big one.

I think that at this point I know my body very well and so there’s never a point which I’m like, “Ooh, I should push it.” I don’t feel good I know when I’m ready, and I know when I’m not and to have the longest career possible, I listen to my body. So when it says, “Let’s not go,” I’m like, “okay that’s not good.”

It’s such a cliché answer, but I was always a fan of [Lionel] Messi. I think watching him play and his creativity was something that always drew me to the game. It’s what I love about the game — the creative aspect of it, the way that he plays, and the way that he is able to do the things he does. It was always very enticing for me is growing up.

Tennis — yeah I usually play every offseason with my mom. When I go home, we play in a doubles league. So yeah, I play whenever I can.

I don’t really watch shows… right now, I would say the Premier League games because Saturday and Sunday, they’re like from 7:30 in the morning till 3, and I will definitely binge those.

Question from Carson Pickett: Who won most of the tennis tournaments growing up — her or me? Make sure you ask her that because I’m very intrigued to know what she says.

Surely, she said that I did.

Another Question from Carson Pickett:Where is the coolest place or country or whatever that you’ve played soccer in and why?

I’m not going to give her the answer she wants to hear. The coolest place I’ve ever played is Norway. I loved it. It’s the most beautiful country and the people were amazing. It was definitely one of the best experiences I’ve had. She was fishing for another answer though.

What was the answer?

She’s fishing for Cyprus because we were there together. And it was beautiful. So I think that’s what she was hoping I would say.

Look for more articles on Havana Solaun and the entire North Carolina Courage squad throughout the 2021 season here on Courage Country.