The North Carolina Courage wrap up the 2019 regular season this weekend at home. For veteran Heather O’Reilly, it will also mark a bit of wrapping up her playing career as well.

But O’Reilly and the Courage haven’t finished yet. After the regular season wrap-up, the Courage’s regular-season record guarantees the squad a home playoff game, with the potential to play in NWSL Championship at home as well.

Just two weeks ago, the club honored the world champion. In that same game, she notched a goal, starting a progression of regularly starting, contributing, and motivating, subbing in for injured Merritt Mathias. Let’s look both back and forward at the two seasons O’Reilly has been a part of the NWSL’s top-of-the-table team. 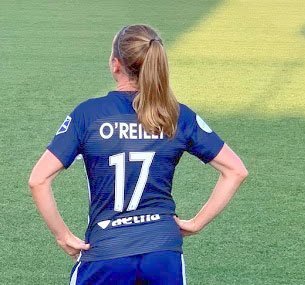 O’Reilly returned to playing soccer in the United States mid-season in 2018, a surprise, but welcome addition for many fans and supporters of the Cary club.

“I joined mid-season last season and right away, from the very first day, I could tell that it was a really positive training environment,” O’Reilly said.

“Everybody was supportive and enthusiastic. It was really loud, enthusiastic, with a lot of cheering at training — a lot of encouraging each other.”

Wearing the No. 17, O’Reilly said the training environment was super demanding.

“That’s the kind of environment I love — when people are super-supportive, but also super-demanding,” she said.

“I think that’s a recipe for success, and it was no surprise that we had the season that we did have last year. Hopefully, we can follow suit this season.”

O’Reilly said the location of the Courage had a big part in her joining the team.

“This is the end of my career, being 34-years old, my husband’s in this area and I’m such a Tar Heel freak. I love UNC, and it just seemed like the right place for me to wrap up my career, kind of come full circle. I’ve made my home here for the last five or six years so it kind of made sense. It didn’t hurt the situation that it’s where the best team in America, and perhaps you can say globally, was in my backyard. So it was a perfect fit.” 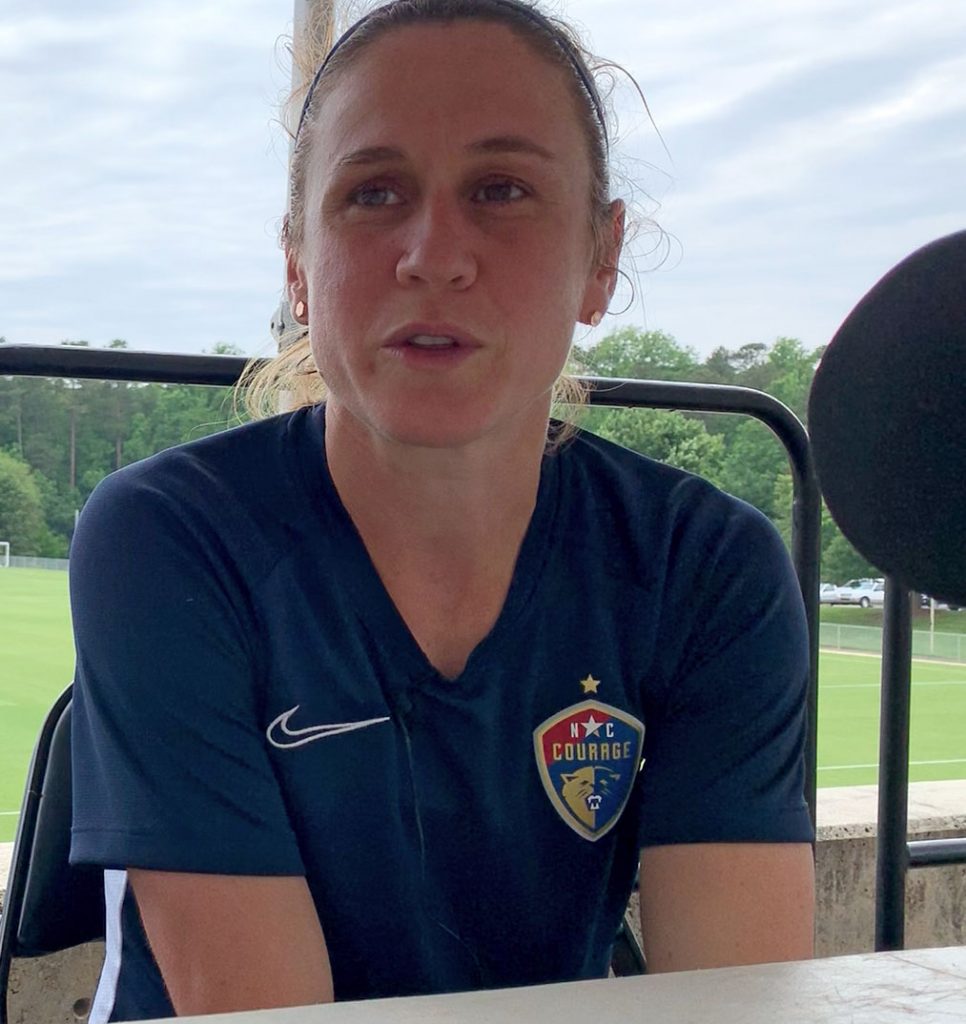 On top of winning a trio of Olympic gold medals, and a FIFA Women’s World Cup, prior to the Courage, O’Reilly played with the Arsenal Ladies Football club in England where she appeared in 38 matches and scored four goals from 2017-2018. She left the club in the summer of 2018, returning to the U.S.

At the time, O’Reilly’s NWSL player rights belonged to the Utah Royals.

“When I got back from Arsenal last year, there were conversations about if a trade would be possible,” O’Reilly said.

“I made it known that I feel like that I could even add another element,” O’Reilly said.

“Hopefully my reputation came before me in terms of me that I was influential in helping teams win, that I was a good teammate, that I didn’t expect to crack in the starting right away or anything like that, that I had to work for everything.”

She said the team obviously was already celebrating a lot of success under head coach, Paul Riley.

“He was doing a fantastic job with this group, but I wanted to add another element,” she said. 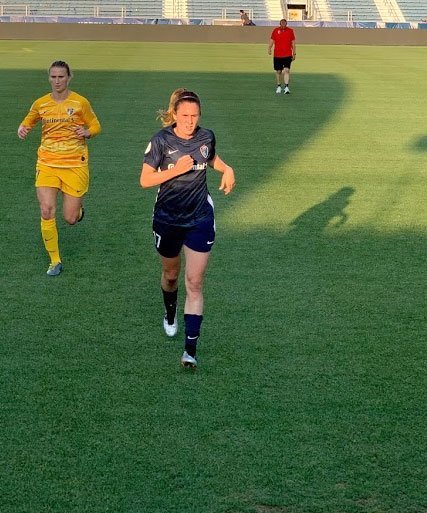 For her second season with the North Carolina Courage, O’Reilly said she wanted to be completely transparent and up-front with both Riley and the Courage management team that it was going to be her final season and she had some other opportunities.

“I had this wonderful broadcast opportunity with Fox — that they wanted me to be in Paris for the entire time as a headliner in the studio analyst role,” O’Reilly said.

“It was one of those offers I couldn’t turn down. It’s no secret that I’m in a transition point in my career and so the management was supportive of that.”

Since the World Cup, O’Reilly has since announced that she will be an assistant coach at her alma mater, continuing her involvement in the sport she’s played and contributed to her entire life. But it’s not all soccer in O’Reilly’s future.

“After the season, we’ll kind of see where things go,” she said.

“I do know that I’m going to get a puppy with my husband, Dave. Maybe will that will be training wheels for other things in a family. We’ll kind of see.”

“I don’t think there are many things around the world that people can agree on anymore, but one of those things is a love for soccer.”

O’Reilly added that she wants to continue in soccer in multiple ways.

“I want to continue to break barriers and use this sport,” O’Reilly said.

“I know this is a really influential game for people personally and for society. I don’t think there are many things around the world that people can agree on anymore, but one of those things is a love for soccer. It’s a really important vehicle that I want to use.” 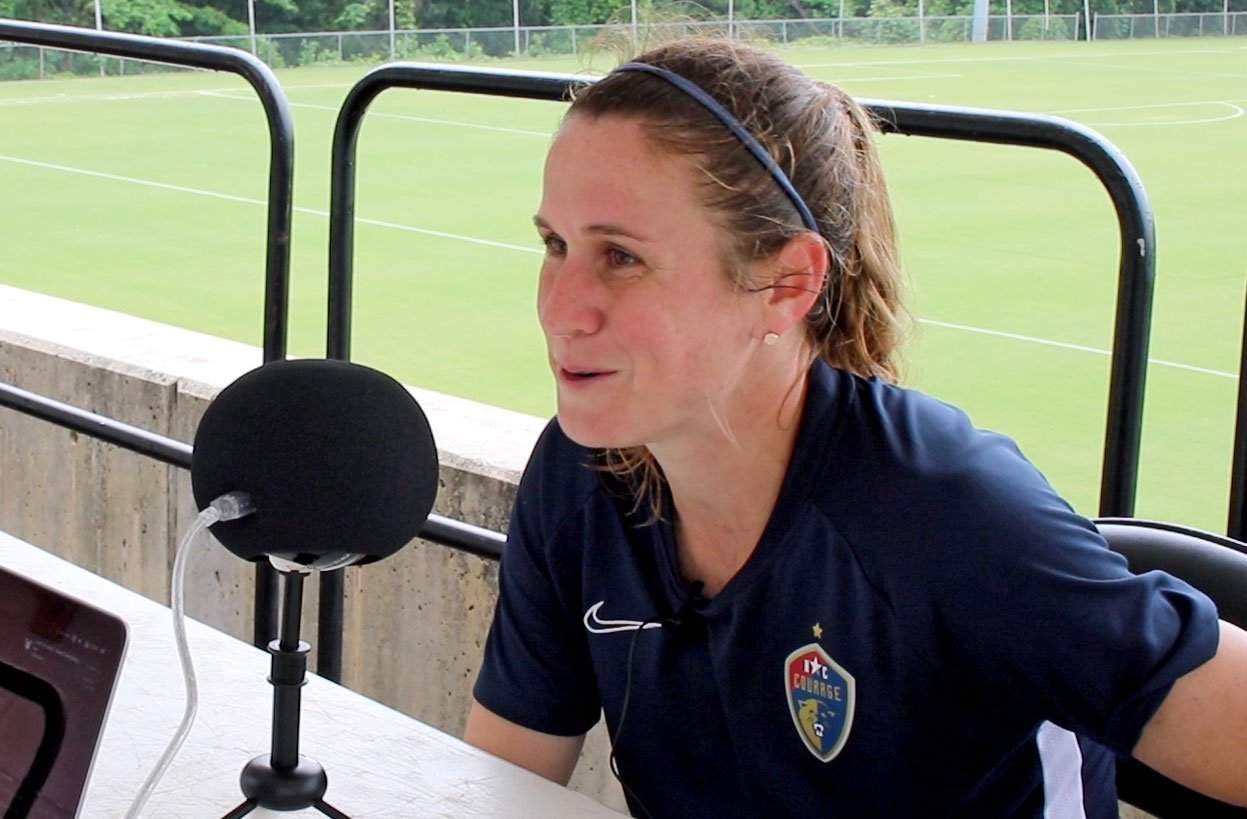