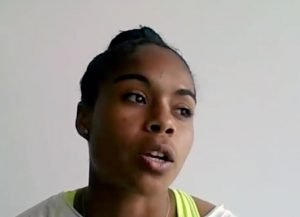 As one of the many young new faces on the pitch for the North Carolina Courage, Kiki Pickett is already making her mark on and off the field as the 2022 Challenge Cup progresses. Read on to learn a little bit more about Pickett as the first Courage player to answer the 2022 edition of the Courage Country Starting XI Questions.

I would say my younger self because she put on a lot of work to get here. At the end of the day, her dreams are of course my dreams. So as long as I do it for her and progress, we’ll eventually get there, so I did for my younger self. 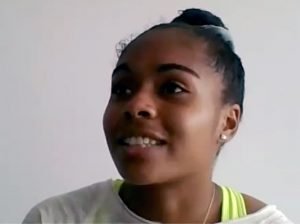 That’s a hard one. I think there are a lot of people who don’t get enough credit for their work. I think players on the field — the starting 11, they get praise you know. But I think I honestly am going to give more praise to the people that you don’t see in the light — the people that work so hard just to maybe even sit on the bench, get 30 minutes in the game, because at the end of the day, they’re positivity, their energy is what makes the starting 11 so much better. Sometimes you don’t even see their work progress on the field, and most of their contributions are during trainings.

I also hope — this is funny I don’t get a yellow card accumulation like I did last year, so hopefully, fingers crossed, I stay on the field as much as possible. 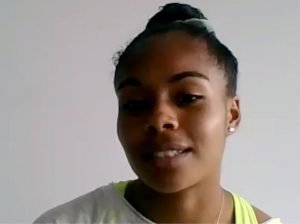 I guess it’s a change of perspective. I never think my mistakes are what hold me down. I think they help me learn and progress, and I think I’ve always loved them as learning lessons.

If it’s a mistake, you go like, “Darn it. Leave it,” and adjust your shin guards. I know everyone has little things they do when they make a mistake and then move on to the next. So that’s like in the midst of training or in a game and then off the field, maybe even after, just watch film. Go over those mistakes and see what I possibly could have done better or make a different decision.

Hopefully, when that opportunity comes again I won’t make the same mistake twice. 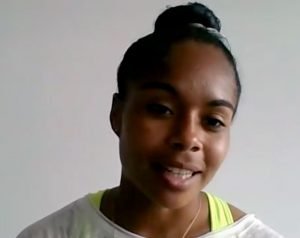 Oh, I’ll answer this, but I know it’s not the correct answer since I’m an athlete. Vegetables are my least favorite, but I’m just gonna leave it at that.

8. What was your first big win of mind over matter in soccer (or elsewhere)? 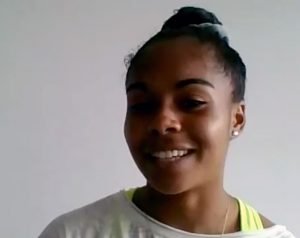 I believe I was in sixth grade. I was young, and I used to run track. I ran the 400 and usually not a lot of you young people want to run the 400. 400 sucks, but I was pretty good at it because I know how to pace myself at the beginning, and then it’s called a kick in the last hundred. So during this meet, I was the only girl running the 400. So if I ran it, I automatically won. However, since there only so little heats and so many people, they said that I would have to run with the last heat of the boys’ heat. I was so scared that I was literally crying. I told my dad I didn’t want to run.

I knew I was going to win for the women, but I didn’t want to run with the boys, so I was just like, “Dad, don’t make me do it. Don’t make me do it,” He was there, just there helping me calm myself down and we talk about this event quite often now.

He realized that I’m going to know this moment for the rest of my life. He knew that this was going to be one of the biggest lessons. You just have to put yourself out there you got to try and you’ve got to do your best.

Eventually, I don’t know how I got there, but I got on the line waiting for the gun issue and I probably ran the worst 400 because I sprinted right away, and I was just so nervous — so many butterflies. But I got second in the heat for the boys, but first for the girls. I was so proud of myself that I was able to get over it, with the help of my father and I think that was just a mental turning point about I can do anything. Regardless of who it’s against, you just have to try. I think that really defines who I am today, to be honest.

Well, probably the Stanford stadium because that was pretty nice, but I’m interested to see the [NWSL] California venues — their home venue. So I’ll probably put a pause on that until I played everywhere because I know there are great atmospheres coming up. Hopefully, also we can grow here in North Carolina so I would say I have yet to answer. I have yet to experience everything so I’ll let you know. 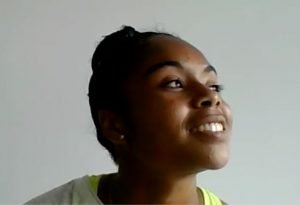 Surprisingly, it probably has nothing to do with soccer. It’s just personal development and finding out who I am outside of the field because we actually only train in the mornings, maybe have an afternoon lift session, but you have so much time on your own, especially now, you don’t have school just to figure out who you are and who you want to be, what you like is entertainment. I found myself, in the first week I got her, I went to the public library and got myself a couple of books, found a few parks to sit at.

I just have to figure out what I like in do and basically what brings me happiness. I think that is the biggest achievement — personal development.

11. Question from the last player (Kaleigh Kurtz): If you didn’t need sleep, what would you do with all the extra time?

Does everyone else need sleep?

Well, if you think about it, it’s not a waste of time. But you would find that’s the only time that you have for yourself, especially if everyone’s sleeping and nothing’s open. So it’s just self-reflection. So you’re going to read a book. You’re going to watch a movie. You’re going to go for a walk.

So I think the only thing you can do is self-reflection and meditate. That’s a hard one. It’s not a waste of time. It’s just a different portion of time. You’d probably go for a lot of walks.

Look for more articles on Kiki Pickett and the entire North Carolina Courage squad throughout the 2022 season here on Courage Country. 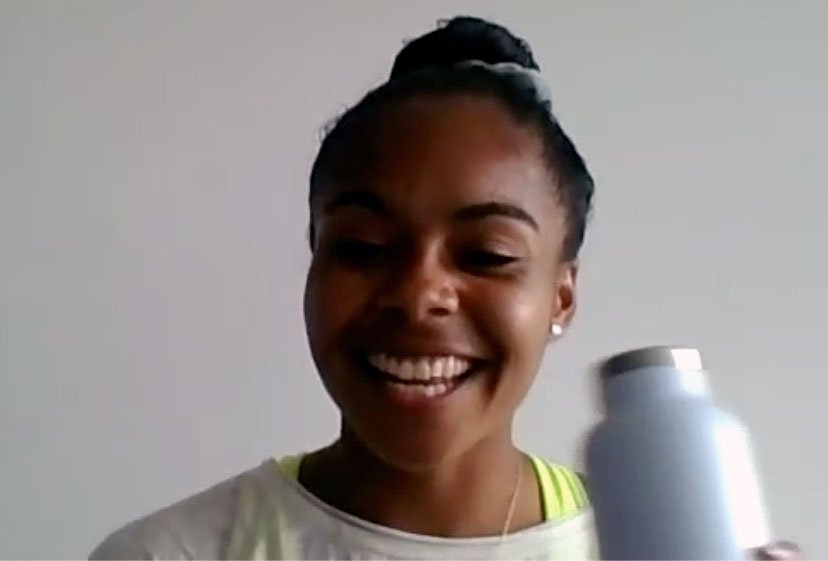