Nearly 7 months ago, the North Carolina Courage and the rest of the NWSL were drafting players for the 2019 season. Colorado College’s Lauren Milliet was picked in the second round by the Courage as the 14th overall selection. As July approaches, and we near the midpoint of the 2019 regular season, Milliet reflected on her beginnings with the Courage. 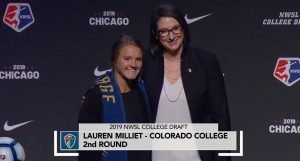 As the Courage’s second-round pick in the 2019 NWSL College draft back in January, Milliet was in a unique situation, without a support system of friends, teammates or even family. Milliet attended the draft in Chicago, IL solo, and said she didn’t think she was even going to get drafted.

“It was very emotional for me,” she said.

“I had a million thoughts running through my head. Obviously, it was a dream come true. I’ve been wanting to play professional soccer since I was 9.”

Milliet was sitting alone in a very big row, and when they called her name, most didn’t know who she was or even if she was in attendance.

“It was absolutely a dream come true,” she said.

“It was an amazing experience, and it was very professional the way they did it and it just made me so so pumped to be part of the Courage.” 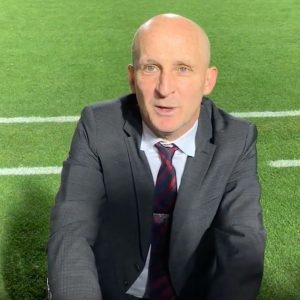 The rookie midfielder said she did not get to speak to head coach, Paul Riley until she was shaking his hand, getting off the podium.

“He told me he loved my video and I was speechless and on the verge of tears,” she said.

“I got off the stage and I was really trying to keep it together. I think I just blurted out, ‘I’m so excited.'”

Milliet said Riley told her how much the Courage liked small players in the midfield with the bigger ones running up top. In her mind, that confirmed the Courage and Milliet’s style of play would mesh well.

“This is exactly where I’m supposed to be,” she said. 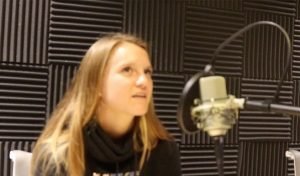 Milliet, a Colorado native who graduated from Durango High School (Durango, CO) and Colorado College graduate earlier this year is in new surroundings as part of the Courage, not really ever being on the East coast, save a soccer trip to play Georgetown.

“I’m more of a West coast gal, but this is cool,” Milliet said.

“I’m pumped to be in North Carolina.” 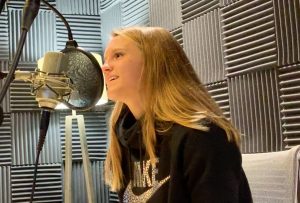 Upon entering pre-season training camp, Milliet knew it would be the next level, and had a single word for the transition into training with the NWSL reigning champion NC Courage.

“Intense. To sum it up in one word, it’s been definitely very intense, but so fun.”

She said that her time so far with the Courage has been the most fun she’s ever had playing the game of soccer.

“I feel like I’m right where I’m supposed to be now, loving the game so much,” she said.

Training With and Without National Team Players 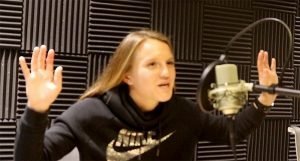 Coming into the season, and obviously, right now, players are missing from the Courage’s training with the national team commitments and participation in the 2019 Women’s World Cup. Milliet said it was a nice way to ease into the 2019 season training.

“I think it was dipping your toes in a little bit — getting your feet wet and then kind of them coming back with a bit of a step up,” she said.

Milliet said that even without the national team players, the level is and was very high.

“This speed of play was obviously a lot faster and then adding those top players as well is definitely another transition,” she said. 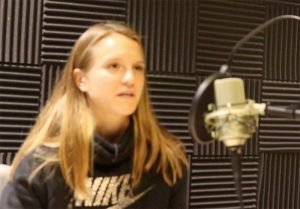 The Colorado native said she expected the training level to be high level, but she was really excited to see how everyone was so stoked to be at training.

“In college, you sometimes have a disparity with kids who just want to make it through college,” she said.

“Here, it’s people’s jobs, livelihoods, and their calling. It is really cool to be surrounded in an environment where everyone is on the same page.”

Milliet said that was an initial inspiration coming into camp at the beginning of 2019.

“That was an amazing feeling and to also to be surrounded by so many inspirational and influential voices in the soccer community,” she said.