After winning the semi-final and championship on the road in Portland in 2018, the North Carolina Courage will now host the 2019 NWSL championship game. 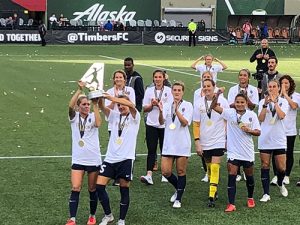 Today, the NC club and the NWSL announced that Sahlen’s Stadium at WakeMed Soccer Park will host the 2019 NWSL Championship on Sunday, October 27 at 4:00 p.m. ET. This marks the second non-regular season Courage-related event at WakeMed Soccer Park for 2019, as the Courage will also host the 2019 Women’s International Champions Cup (ICC) August 15-18.

Tickets go on sale to the public on Monday, July 8, at 8 a.m. ET / 5 a.m. PT. Fans will be able to purchase tickets by calling the Coastal Credit Union Box Office at (919) 819-5548 or online via the Courage web site. Season ticket holders will have access to a presale beginning Monday, July 1. Specific details will be communicated to season ticket holders later this month via email. A block of tickets will be held for fans of both participating teams. Those tickets will go on sale once the teams are set for the 2019 NWSL Championship.

As of right now, the Courage sit in the final of four spots in the NWSL standings that would put them in the playoffs.

As in past NWSL regular seasons, at the conclusion of the NWSL regular season, the top four teams in the standings qualify for the two-game playoffs. The higher-seeded teams will host the semifinal matches on October 20 at their home fields. The 2019 NWSL Championship marks the fifth consecutive year the title match is set to be contested at a predetermined site.

The hope is to sustain points through the completion of the World Cup and then kick it in in full force with Abby Erceg, Debinha, Crystal Dunn, Sam Mewis, Abby Dahlkemper, Jessica McDonald, and all return from international duty. 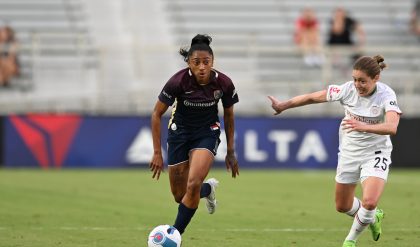 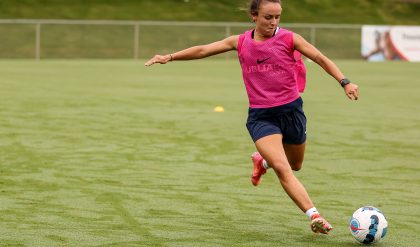