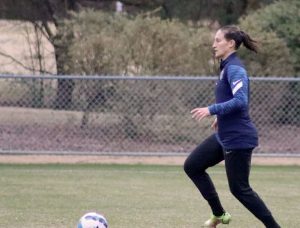 The North Carolina Courage reported back had their first practice of 2022 on February 2. Media were invited to their Thursday morning, February 3 session. Courage Country took the opportunity to see the early efforts of the team. There are a ton of new faces between the college draft picks and off-season trades and movement. It will take a while to get to know all of the new names and faces, but the team looks to have a good combination of veterans and newcomers. Below are the observations taken from the February 3, 2022 AM NC Courage practice.

But for everyone from the announced preseason roster (referenced below) was present, except for the two Brazillian internationals, Debinha and newcomer to the NC Courage roster, Kerolin Nicoli were the only two noticeably absent. Both are still currently in Brazil. This has happened in the past as well, with travel Visa issues.

The other notable difference, beyond the number of newcomers, was the fact that there is not a single Non-Roster Invitee in the pre-season roster. 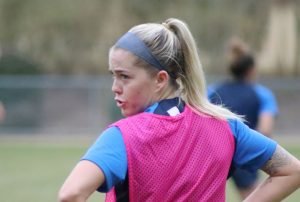 Beyond the constant captain, Abby Erceg’s lead by example, Courage mainstays Kaleigh Kurtz and Denise O’Sullivan were both visually and vocally leaders in the Courage’s second practice of the 2022 pre-season. Look for the trio of Erceg 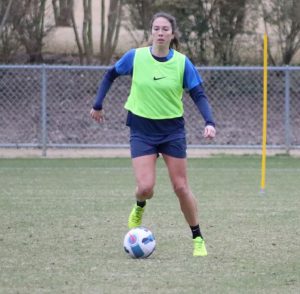 Several players who have had serious injuries in the past season or two were fully practicing and engaged, including Lindsay Agnew and Merritt Mathias.

Havana Solaun, whose 2021 season was cut short on October 10, 2021 when she went down on her own versus the Houston Dash. While present at the second practice of the year, she was not fully participating in drills, alternately watching practice, and running on her own. 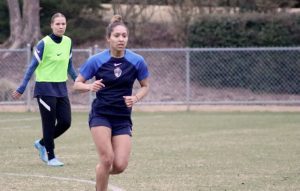 With a solid foundation on defense already in place with Erceg, Mathias, and Kurtz, the 2022 pre-season roster shows further bolstering of the backline with the addition of Katie Bowen and Kiki Pickett, along with the return of outside back Jaelene Daniels. All three were backed up by USWNT goalkeeper, Casey Murphy in her second year with the club. Katelyn Rowland and college draft pick, Marisa Bova also took equal time in the practice goals, but neither looked sharp enough to threaten Murphy as being the defacto starting goalkeeper in 2022. It’s likely both will get time in goal when Murphy is in camp with USWNT. 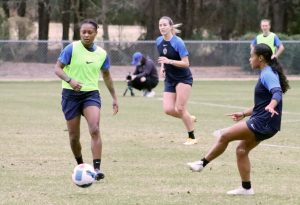 To put it bluntly, it’s been a rough set of months for the Courage, its players, its staff, and its fans. There has been a lot of change in faces, and likely tactics and formations coming into 2022. It was difficult not to take the loss of a bunch of veterans such as Jess McDonald, Lynn Williams, Sam Mewis at the forefront of those losses, and not come into 2022 with a sense of it being a rebuilding year.

Seeing the second practice of the year, the sky is not falling. Things will be different, and maybe at times difficult, but the combination of some old-guard leadership in the form of Erceg, O’Sullivan, Kurtz, and no longer interim head coach, Sean Nahas will keep the team moving forward. After the session, we here at Courage Country are cautiously optimistic about the talent the team will bring to the 2022 Challenge Cup and the regular season. As much as a lot of the talents and personalities of the Courage past will be missed, there is a lot to like here for players and fans alike. 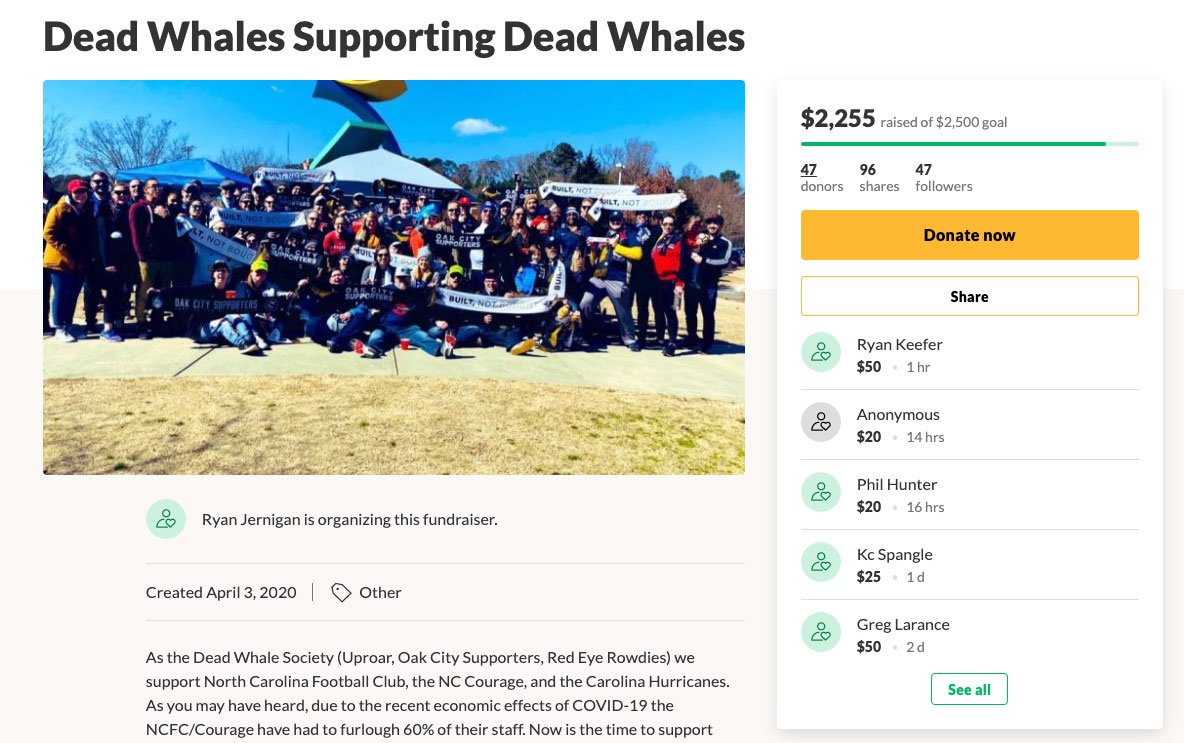