Nearly eight months into 2019, the North Carolina Courage staff likely feels pretty good about their first pick of the 2019 NWSL College draft, Leah Pruitt. As August approaches, Pruitt has already played in 12 games, starting in 5 of those, notching a pair of goals, and fitting into the NC-based Courage squad. 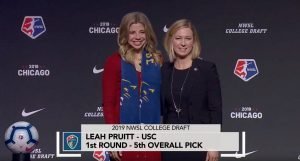 Back in January 2019, the University of Southern California Senior sat with her father at the 2019 NWSL College Draft, texting her friend and USC teammate, Ally Prisock, also at the draft. As the fifth pick of the first round came up, and the North Carolina Courage were on the clock, the two USC players didn’t think they had a chance to go to the reigning champions of the NWSL. But they were mistaken. 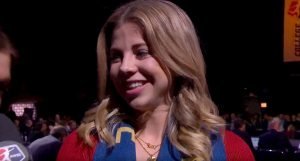 “I just remember texting [Prisock] and hearing, ‘Leah Pruitt,’ and I just look up and have the biggest smile on my face,” she said.

Pruitt said the whole thing was a cool experience, including the initial meeting of all the Courage staff at the draft.

“Just realizing I was going to a top-level team, it was really awesome,” Pruitt said.

Adjusting to the Courage 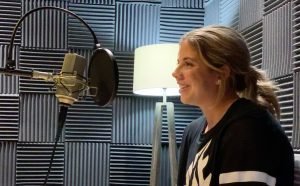 Coming into any team means individuals have to adjust and adapt. Pruitt’s introduction into the Courage was no different.

“I think just learning more of my technique as a forward and just knowing when I should turn and take it myself and the type of runs I need to make in the box, and just how to be more dangerous as a forward was the biggest adjustment,” Pruitt said.

She said learning how the Courage plays and fitting into that play was an adjustment as well.

“Being able to critique my game and make it fit better with the team,” she said.

Several current and past Courage players have noted that head coach, Paul Riley tends to run a series of complex drills and passing patterns.

Pruitt said she was accustomed to those drills at USC, but Riley’s were challenging.

“These ones still make me think a lot, but I like them because they make me get ready for the practice, and just turn our brains on. Everyone has to talk and be 100%.” 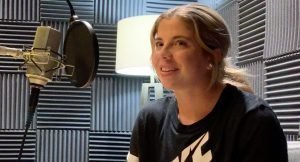 Pruitt has made appearances in every regular game so far except the May 19th home draw against Utah. She said it has been awesome contributing in her rookie campaign.

She still gets a charge from hearing her name called over the P.A.

“I get so excited,” the forward said.

“I just need to go and help my team as much as I can and just show what I’ve got.”

Pruitt found the back of the net in only her third appearance in the Courage’s 4-1 victory against the Houston Dash on April 28, 2019.

“As a forward, I think we’re always about getting the next one,” Pruitt said.

The rookie forward said after that first, she felt like they will come easier. Maybe they have. She didn’t stop at her Houston goal. Pruitt again scored against Washington on June 29, 2019.

On top of those goals that affect the scoreboard, Pruitt has personal goals she wants to achieve for the remainder of the 2019 season.

“I just want to get my name out there, keep trying to score, keep doing what I can to help the team.”

But above all, Pruitt said it’s all about the team effort.

“I think the team success is so much more important than my individual success, so just doing whatever I need to do to help the team, even if that’s being the best at practice and helping the people that are playing more — just anything to help the team,” she said.

For more on Pruitt, Check out our 2019 Starting XI questions with Leah Pruitt.