In a press release issued the morning of January 21, 2021, the Soccer Resilience Ownership Group announced the addition of NC Courage forward, Jessica McDonald as an owner, partner, presenter, and coach.

Soccer Resilience Ownership Group describes its mission as training the most underutilized competitive edge in sports — the mind, transforming the mindset and elevating the wellbeing of athletes, coaches, and others in the game of soccer. 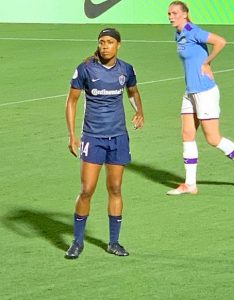 In the January 21 press release, Soccer Resilience founder, Wells Thompson said McDonald’s inclusion would be instrumental in driving the organization forward in its mission.

“We’re absolutely thrilled to add a champion at the college, pro, and World Cup levels to our ownership team,” Thompson said.

“She’s a woman of great character, a giving spirit, and tremendous resilience. We’re honored to do our part in building momentum for females and people of color in leadership and business ownership.”

“They brought me in as an equal — something women have been striving for, day in and day out.” — Jess McDonald

“I’m super pumped to be jumping on board with Matt Spear, Brad Miller, Wells Thompson, and John Blake,” McDonald Said.

“They brought me in as an equal — something women have been striving for, day in and day out. I’m thankful to help those in need of mental toughness training so they can be at their sharpest.” 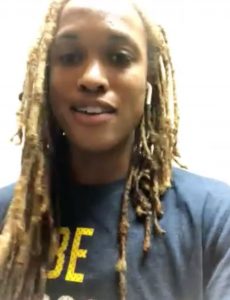 McDonald extended her contract through the 2021 season back in August of 2020, returning her to the NWSL club for her fifth season, and her ninth season in the NWSL overall.

In that announcement, NC Courage head coach Paul Riley said McDonald would continue to score for the club, as well as continuing to be a huge impact on the culture and environment of the Courage.

“She is a Supermum who is still hungry to play on the biggest stages in the world and Courage Country will reap the benefits of the determination and desire to continue her development,” said Riley.