Earlier this afternoon Courage Country sat down with North Carolina Courage defender, Kaleigh Kurtz to do an in-person interview and of course, she answered the Starting XI Questions. Read her answers below.

Kurtz: I always put my left shin guard in before my right. 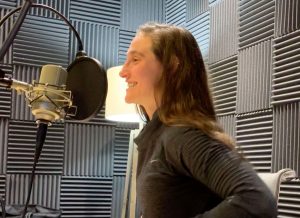 Kurtz: There’s always eating you can be doing — whether it’s recovering properly, or sleeping the right amount of hours, or eating properly, or getting extra technical touches. There’s always something you can be doing, and it may be rest. You need to know your body enough to rest. I made the excuse a lot where I don’t have enough time. I’m in high school now. I want a social life. I kind of dropped down in my technical build-up because I chose other things instead. I got to college and was like, “why would I do that?”

Kurtz: I don’t have much of a filter, so when people first meet me, they’re kind of taken aback. It’s kind of a learning curve to get to know me. I’m trying to learn to sugar-coat a little bit more. I don’t really mean any ill intentions on anybody, I just sometimes [vomit sound]. It’s bad. I’m working on it.

Kurtz: Probably that I’m a good human being. At the end of the day, soccer’s not going to be forever. So am I nice to other people? Am I caring? Am I helpful? Am I selfless? With my project to clean up the waste, I just want to help the planet, help other people and help animals eventually. That’s what I want to do — be a vet. 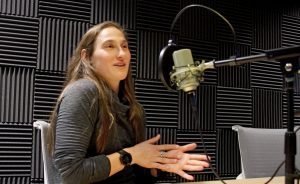 Kurtz: I re-watch the game — especially if I played in it. If I haven’t played, I have a little bit of a harder time, because I know I have practice in the morning, and it’s going to be hard. You have to basically get your heart rate up to the players at your position. We have all the stats for heart rate, distance, and we try to mimic game quality without having the numbers, so it’s a lot of small-sided, a lot of short-cutting runs, lots of getting your heart rate high, getting it low. But if I actually played in the game, I still have so much adrenaline going, that I’m awake for two more hours. So I go home and watch the game immediately.

Kurtz: Surround yourself with people who support your goal and have common dreams. My mom and my dad gave me that advice, and then throughout my years, more and more people have said it, and I’m like, “Yep, they were right.”

Kurtz: I had the same coach in club for nine years, so he was super influential. India Trotter, she used to be on the U.S. Women’s National Team. She’s now living in my old home town and I met her when I was 16. We played on a little semi-pro summer league together and she helped me prepare for camp last year, and this camp this year. She knows how to calm me down. She’s just someone I can always go to and I know she has great advice. She’s been in the same situation and higher. 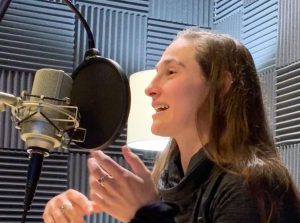 Kurtz: I think it’s the quirkiness that every individual player brings to the table. You know no one’s truly normal. It’s something every person brings to the table, and that’s what makes up the squad. Obviously, from team to team and person to person, they’re going to have their different weird quirks, but it’s always cool to see other peoples’ rituals and their tendencies. I think everyone at this level, and on my premier team, and in college, and now here, they all focus on how they get better — how do they better themselves and how do they better their team. Those quirks go with that ideal.

Kurtz: I think it was Jaelene Hinkle because I’m watching her dog when I’m done with this. Before that, it was HAO [Heather O’Reilly]. 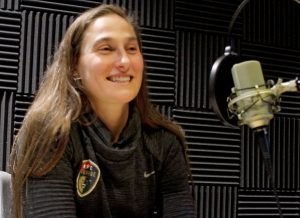 Kurtz: Musicals. I love listening to musicals. It’s awful. It’s so embarrassing. My favorite is Phantom of the Opera. It’s super weird. I don’t know why. I think my parents used to rock my sister and me to sleep to it — as long as it didn’t get to the dun dun dun dun part. But we’d fall asleep to the parts before that. So I’ve listened to it for my entire life. I used to actually be terrified of the phantom. So I don’t know why it’s my favorite, because he used to be under my bed when I was at that age scary people were under my bed. It has such soothing things, and then it has something that amps you up, and I love the storyline. I feel like that’s one of the weirder guilty pleasures.

Kurtz: Animals. Animals. I love dogs. I love cats. I love horses, cows, pigs — all of them. In the offseason, something that was huge with my little mental changes and changing my mentality was I’ve had a deathly fear of snakes since I was four. My mom put one in my hand, and it was a little garden snake. I flung it as far as I could throw it. Ever since then, I hadn’t touched a snake. Or every once in a while, I’d be brave and go into the zoo in the reptile thing. They’d have a snake that you could pet. I’d barely touch it with my finger, and I’d be like, “OK, I’m good for the year.” 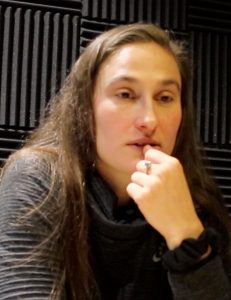 I went to a festival with my sister called the Belief Festival. It was yoga, meditation, but also hippie-ish with music and food. It was really cool, and they had a reptile tent. I was actually there with one of my sister’s friends who’s a mom with two kids. There was a parade during the festival, and we were going to go make masks for the parade. I went to the mask thing with them, and I wasn’t feeling very creative. I looked around, and two tents down was the snake/reptile tent. I don’t know what it was, but I wanted to go hold a snake. I told them I have a deathly fear of snakes. They were like, “OK, this one’s really nice — really calm.” It slithered around my neck, and I freaked out. The entire time — it’s on my Instagram — I’m crying and laughing hysterically at the same time. I’m in a full-blown panic attack. I let it slither on me and I freaked out, so they pulled it off. But I stayed there until I until I could let it go around my neck and I just held it all by myself until I was calm. So now, Jess McDonald has a snake — I think I’d be pretty calm holding her snake now. So it’s kind of cool to kind of stare death to me in the face and conquer that. It was huge. My fears are just irrational.

Bonus #12 question from Jess McDonald: If you didn’t have to sleep, what would you do with your extra time?

That’s a great question. Wow, Jess. I feel like I could do so many things. I’ve always wanted to learn a foreign language, so I would do that. I tried to learn Swedish when I was over there, and I made a few Swedish friends. They told me to please stop. “You sound Russian.”

My first thing on the agenda would be to learn a foreign language. Spanish probably would be good to learn. I’m more attracted to French though. I think it’s prettier, but I also did it in high school so I’m a little biased.

Give me a question for the next player doing Starting XI Questions. Our next interview is looking to be Elizabeth Eddy.

Kurtz: If you could have one superpower what would it be?

Check out our other Starting XI Questions from the 2019 season so far, including our first with former NC Courage goalkeeper, Sabrina D’Angelo, forward Jess McDonald, mid-fielder, Lauren Milliet and new to the team in 2019, Stephanie Labbé, with many more to come.