Courage Country sat down with North Carolina Courage‘s goal-scoring forward phenom, Kristen Hamilton, fresh off of finding out she was July’s NWSL Player of the month, an accolade that builds on her three NWSL Player of the Week honors so far this season.

Like all our interviews so far, she concluded the interview by answering the Starting XI Questions. Read her answers below. 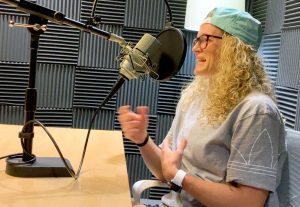 That’s kind of hard actually — gameday pancakes probably, whether we’re on away trips, we always get pancakes given to us or if we’re home, Abby [Erceg] and I will make pancakes. That’s something I’ve stuck with throughout this whole season especially. I don’t know what it is. Maybe it’s just the fact that we call them gameday pancakes. 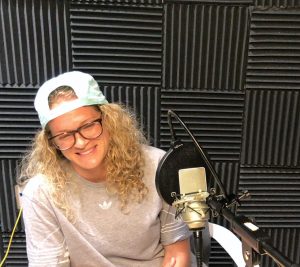 Be coachable and just take pointers from the coaches and listen to the people around you. I think being coachable is one of the best aspects of a player. If you can just take what every coach is telling you or players are telling and actually learn from it, do those things and implement them and don’t get mad. You’ve got to be able to take constructive criticism. That’s my big thing.

Probably just that you’re a good person. When people are like, “Wow, you’re such a good person,” I think that feels really good to hear.

Chug water. Eat dinner and chug as much water as I can — especially late night games. I need to hydrate before you go to bed and wake up. Just try to hydrate. 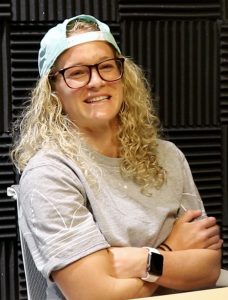 Always be the hardest working player. I just think; it’s a little cliché that hard work beats out talent, but it is so noticeable. There can be the most talented player in the world, and if they’re not working hard, it’s so frustrating and so hard for anyone else to play with. I think if you work hard, you get noticed. You get appreciated.

[With the Courage], it’s ingrained in our culture. I wouldn’t say that every team has hard workers throughout their team, but our team somehow does. I feel like everyone on our team is a hard worker, which is unique. 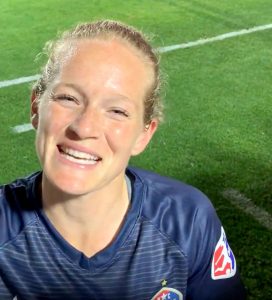 Probably [Courage Head Coach], Paul [Riley] honestly. He’s just been such a phenomenal coach and he’s helped build up my confidence. He’s instilled so much belief in myself. On top of that, I’ve never had trainings like his before. They’re hard. They’re intense. They make you think and when you leave, you feel like you got better that day. That’s unique to have. I have grown so much under him, just knowledge of the game-wise, technical ability, finishing ability, kind of everything. He’s really helped elevate my game for sure. 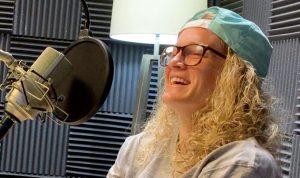 I feel like every team I’ve been a part of, I’ve actually had that family feeling and community. My club soccer team, we were all best friends growing up and then five of us went to the University of Denver together. We brought that with us and I have so many best friends that I would still invite to my wedding or whatever it may be someday. Then obviously, this team is such a family feeling and family culture that we’ve built here. So I think it’s pretty unique that I’ve been a part of most teams that have had that feeling.

Probably Abby Erceg I would imagine. 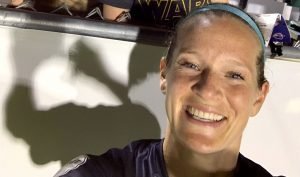 The Bachelorette. Is that what we’re going with? Oh my God. I love trash TV. I love it. I could sit and watch it all day, and that is one thing Abby and I are totally different on. I go to Lynn’s [Williams], I’m like, “Lynn I’m coming over and we’re watching The Bachelorette. Lynn and I — we love it. Honestly, I’d probably say TV shows. I watch so many teen drama TV shows. I love it. 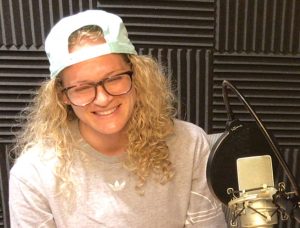 Off the pitch, just being surrounded by so many good people. Obviously my faith as well. All of that is intertwined. I feel like I’m surrounded by good people all the time. I don’t know if that’s because I’m subconsciously trying to find those type of people. or I’ve just been lucky with the people I’ve been blessed with in my life — just being surrounded by my best friends all the time. How could you not love that? Getting to do this for a living, it’s pretty incredible when I sit and really think about it. This is awesome.

Bonus #12 question from Jessica McDonald: If you didn’t have to sleep, what would you do with your extra time?

Do you want to know what initially pops in my head? It’s watching more TV shows. But I feel like I should be using it for something more productive. I have no idea — maybe traveling or something. Outside the context of this job, if I didn’t have to be prepared for training, I’d probably spend more time traveling, road tripping, or camping, or something like that.

Right before I walked in, she told me I’m going to be named player of the month. I never expected or really ever crossed my mind that could happen this year. But here we are.

Give me a question for the next player doing Starting XI Questions. Next interview looks like it’s going to be Abby Erceg and Debinha

Look for a follow-up article on Kristen Hamilton shortly here on Courage Country.