Courage Country sat down with North Carolina Courage‘s newest player, McKenzie Meehan, fresh off of being traded from Sky Blue in exchange for Elizabeth Eddy last month. Like all our interviews so far, she concluded the interview by answering the Starting XI Questions. Read her answers below.

One pre-game ritual is that I always like to juggle the ball before we’re warming up. It just makes me focus and just focus on the ball and have a couple of minutes to myself. That’s one thing I always do. 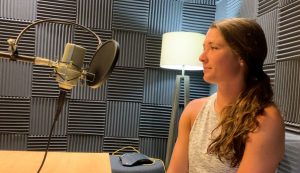 I think my best suggestion would just be for them to always make sure they’re enjoying it and challenging themselves. I think the players that have made it to this level are ones that might not have necessarily started out as the best, but just continue to incrementally get better. They’re always the players that always want to be at practice and want to put in the extra work.

I think I’m pretty quiet in general, but I think once I get to know people, I’m definitely more outgoing.

I think one of the best praises just being a good person and a good teammate — just working hard every day, whether it’s on or off the field in whatever I want to accomplish — not only for myself but for everyone around me.

Probably eat something but after games, it’s always tough to go to sleep because of all the adrenaline — whether you played or didn’t play, or just played a few minutes. So honestly a lot of times, I check out the highlights from the other games just to see how they went, get something to eat, and talk to my family. 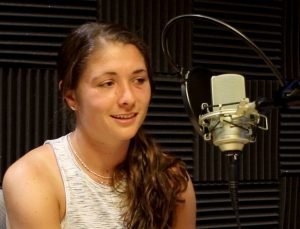 One good piece of advice is to enjoy the journey and the process of things because you’re always trying to work toward something and you’re only happy at the end of it when you’ve achieved that goal. You’re not enjoying small ones along the way. Even in the pro league, there are times where you wish you were getting more playing time or starting a game. You just have to realize that it’s about learning from it, getting better every day, and just trying to support the team and do the best that you can. Hopefully, in the long run, that will pay off.

I would probably say my club coaches (Fred Marks and Keith Caldwell) in high school. I think between freshman, sophomore, and junior year of high school that’s when I really started to become a much better player and take it more seriously — not that I never take it seriously, because I was always really competitive, but started to realize that I could go to a top college and maybe move on from there.

I would say the team camaraderie and I think the huge reason why everyone loves doing this is because of the teammates and the friendships — enjoying it together and enjoying the wins together and getting through the losses together.

I’d have to look at my messages, but maybe Caprice Dydasco. She’s on Sky Blue. We were roommates this season, so we keep in touch a lot. 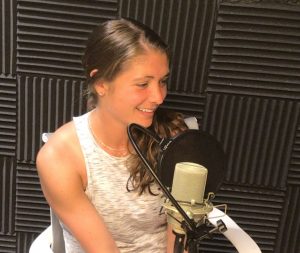 I really love to travel. That’s one thing I did this off-season, which was a lot of fun, and then just spending time with my friends, and being in the outdoors, whether it’s the summer or winter time — like snowboarding and just being active. I’ve got quite a few destinations on my wishlist. This off-season I went to India, and did a volunteer program. My family and I went to Thailand, so those are two awesome places. I’d like to go to South America at some point. I’d like t go to Greece. I’ve never been there. Alaska would be cool. I’d probably give a different answer every day,

I just actually got a book called Educated. It’s a memoir. I don’t know the details, but my friend recommended it. I haven’t actually started it, but I probably will today.

Can you give a question for one of the next players doing Starting XI Questions?

For Julie [King], how was it playing basketball at Auburn? She played soccer and basketball.

A more general question, how they ended up with the North Carolina Courage — whether they came from the NY Flash. How that journey has been.

Look for a follow-up article on McKenzie Meehan shortly.