We’re all eagerly waiting to see the back-to-back NWSL Champion North Carolina Courage return to the pitch in 2020, but in the meantime, how about we kick off the 2020 Starting XI Questions series?

Courage Country sat down with assistant coach, Nathan Thackeray who works, coaches, and mentors the Courage corps of keepers to test out the 2020 Courage Country Starting XI Questions. 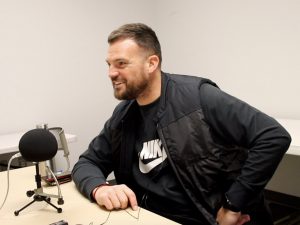 I’d like to think that I would be in some sort of professional soccer — obviously involved with the youth at some point, so maybe within the USL or MLS would be ideal. If there was no soccer involved, I have absolutely no idea — like no idea. I don’t know what I would be.

I’d be, I don’t know, maybe a stay at home dad. That sounds like that would be ideal as well.

Am I the only one that doesn’t need sleep or is there no sleep for anybody?

If I didn’t need sleep, then I’d maximize time with family, as long as they didn’t need it as well. I don’t know. That’s a weird question. I don’t get too much sleep anyway, but I think I’d spend more time with the family for sure.

Selfie straight away for sure. 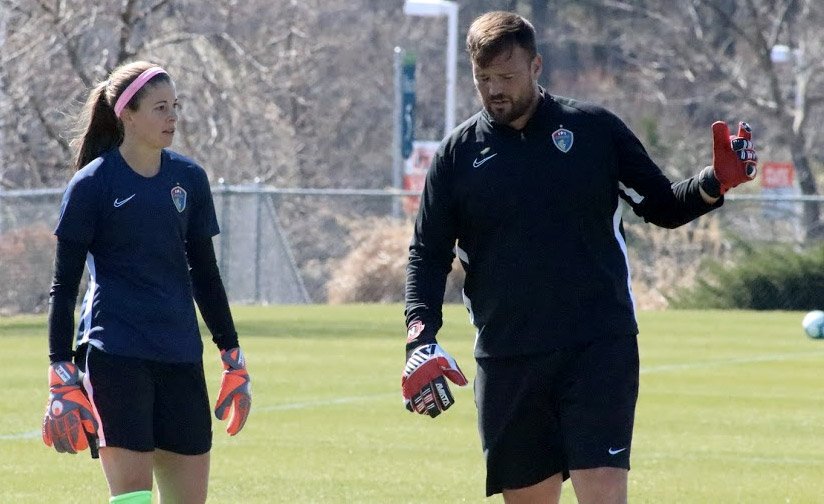 My skill I want to improve? I’d like to nutmeg Paul Riley this season. It’s going to be a big one for me so maybe work on that. He likes to get everyone else. If I can get my own back on him. I want to do it so he doesn’t see it coming, so he has no idea it’s coming — a little nutmeg on the gaffer. I’m all about it.

What do players talk about in the tunnel before game? 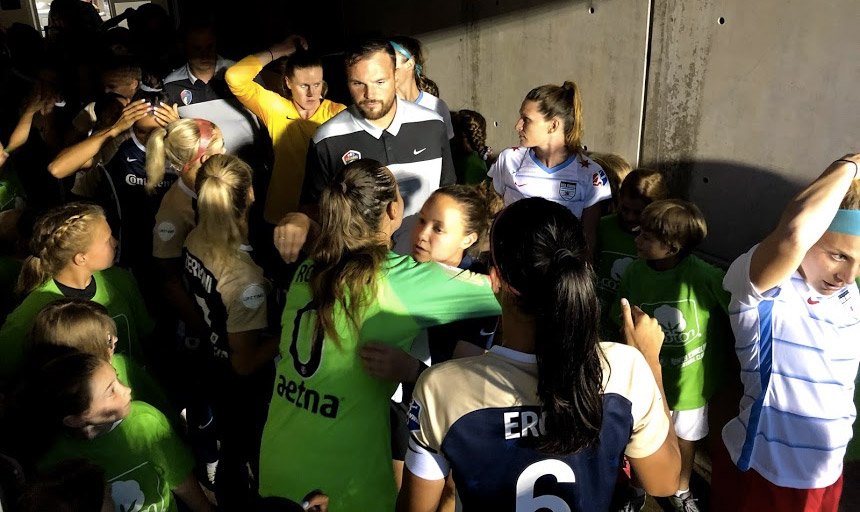 To be honest, I’m not too sure because I just breeze on through. There’s a lot of well wishes, a lot of good lucks, some hugs, getting everyone amped up and making sure everyone’s ready to go. I don’t really know content-wise what they’re saying. I don’t know the conversation going back and forth between opposing players, but yeah, usually just a lot of well wishes and all the best for the game. 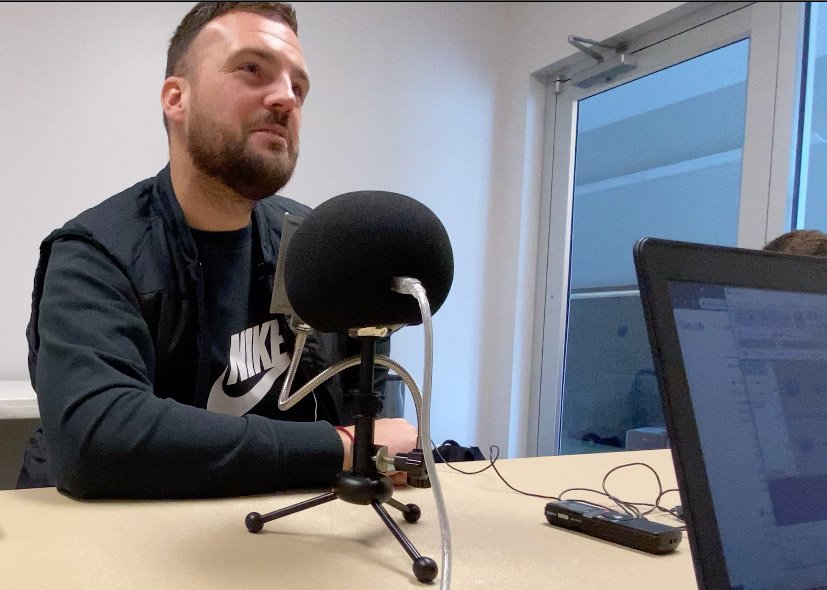 Well there’s a few on this team. I’ll give you a couple. Lynn Williams for sure. I’ve played a couple of times in training. I’ve had to chase her down, and she is really fast — like really fast. So I would not like to play against Lynn.

I would also not like to play against Debinha, because her ability to find space and find freedom, and then make you look like a fool at the same time. She’s one of the best for me — one of the best in the world at the minute. No way. I wouldn’t want to play against Debinha either. The other one would probably be Kiwi — Abby Erceg. She’d dominate me. She’d be elbows in the side of my head. She’d be kicking me. She’d be pushing me all over the spot. You wouldn’t get anything out of her. I remember Paul before the final, Paul asked me to play. We were short. This is the Portland final and he asked me to play and be a little bit like [Christine] Sinclair. Kiwi just dealt with me. No problem. I was a very very bad version of Sinclair. 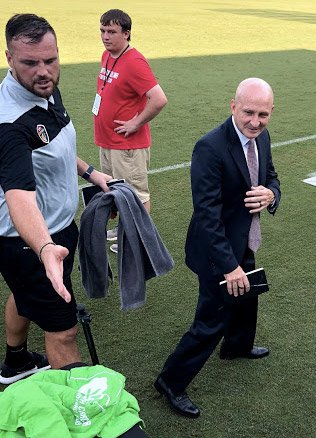 In this sport, the ability to compete together and know that you can’t do it without others and have a big group energy towards being the best at whatever your going to be or trying to perform every day. I think that’s the best part, and usually, it brings the best out of people. If you think something’s on the line, if you have that mentality that you are an ultimate competitor, then it brings the best out of people. It can often bring the worst out of people, but I think it brings the best out of people. When you look at our training environment on a day-to-day basis, it is so competitive. Paul makes sure it’s competitive every day. I think it just helps. It brings confidence in people. It brings energy from people. It increases the work ethic and the workload, and the accountability across the group. I think about the rookies that come in and they train in our environment for the first couple weeks and I’m like, man, the amount they grow in that time, just what they expect of themselves and the accountability they have on themselves, it’s frightening. So I would say that is the best thing about competing. 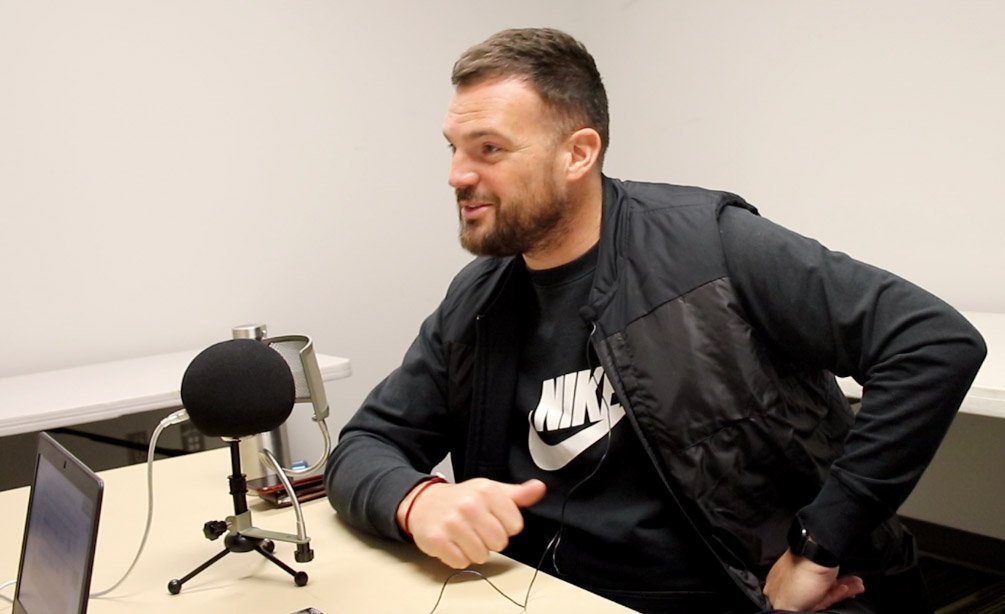 I don’t really get too nervous as a player, I used to get a little nervous. As a coach, not really because it’s just trust what’s going to happen on the field. I’m quite confident in the group that we have — that they’ll produce, pretty much on all occasions. So I don’t really get too nervous about it. When I did play and I got nervous, really there’s not much you can do other than try and focus on what your task is. Make sure that you’re really focused on this is my job today.

Same with the goalkeepers, certainly in the youth game, or even in the pro game, if they are nervous going into it, it’s all about how do you maximize what you’re trying to do? First thing you need to do is enjoy the situation that you’re in. You look at Sam Leshnak when she started for the first game against Orlando, she was very nervous going into that. She’s a very confident person, but she was nervous. Which don’t the two go hand in hand, right? But it was just how could you enjoy the situation — just maximize it. Did we think you were going to get this at the beginning of the season? Absolutely not, so go and make the most of it. As long as you’ve done the groundwork leading up to the game, you should be fine. I think we’ve put everything in place for them to be very confident, but if the nerves are there on gameday, that’s OK. 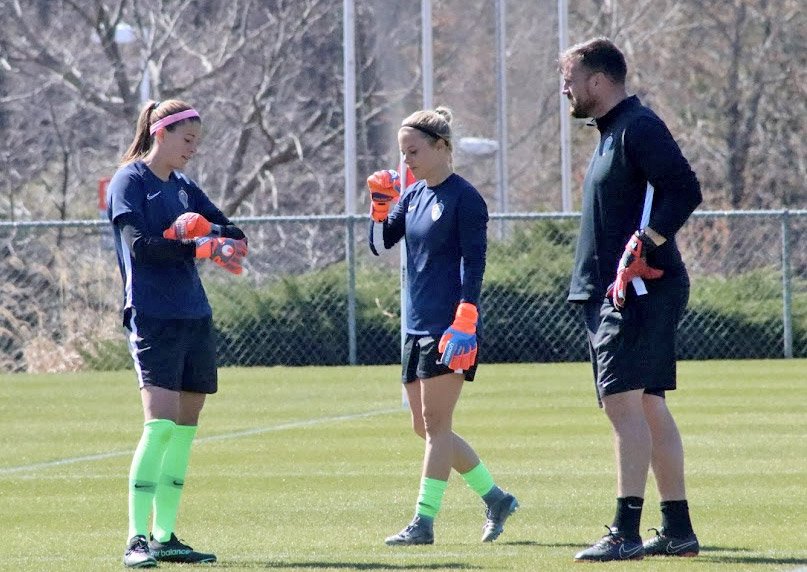 For me, the women’s game has grown exponentially, even through the last three years that I’ve been involved. I would love to see it continue to grow. I would love to see it get continued investment — not just in the league or clubs, but in the players as well. These players are the most professional players, not just at our team, but across the league-wide. They deserve the opportunity to be professional, so whether that’s the living situation, or their income, or all the support they have away from the field, I would love to see that be the real forefront in the NWSL or soccer in this country in general — in the women’s game for sure.

I would like to see the league grow with a couple of expansion teams to make it a real sustainable, competitive league. I do think we need a few more teams in it. Get a team in L.A. That’d be nice. Then we’ve got one on the West coast — maybe a couple of teams. I’d like to see a team go back to Kansas if possible. I think that was important. Obviously they moved to Utah, but I’d like to see that happen. Hopefully, it just continues to grow and continues to improve.

Questions from Adelaide and Sam Leshnak:

Can you talk about your knee injury? 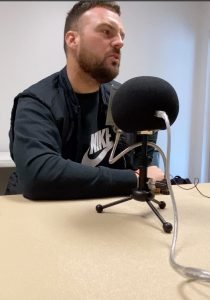 I had quite a bad knee injury in college as a 21-year-old where I had to have surgery to put some parts of my kneecap back together again — so four pins in the knee. It happened in a training ground injury. I went up for a corner, and a player fell into me — just hyperextended my knee and put a nice little crack in my kneecap and then it progressively got worse before I needed to have surgery. It kept me out for, goodness me — I think I was out for nine months from surgery back to playing. So it was a long time. It still gives me all kinds of problems.

That was the beginning of the end as a 21-year-old which sucks, but also the fact that I wasn’t very good. But listen. Injuries happen. It’s part of the game. I don’t dwell on it. I don’t really care about it. I’m in a great spot, so it’s not held me back, but my left foot’s probably not as strong as it should be because of it.

We’ve had some funny moments with that group for sure. I’ve had some really bad moments as a player, like big mistakes in big games, but I don’t find those funny. I don’t know what they mean. Funniest moment.  My memory’s not that great.

Can we get a video of you doing your American accent?

This can only be done as a video:

Check out our 2019 Starting XI Questions:

Look for more articles on Nathan Thackeray throughout the 2020 season here on Courage Country.