Late last week, Courage Country sat down with North Carolina Courage’s newest Canadian goalkeeper, Stephanie Labbé to do an in-person interview and of course, she answered the Starting XI Questions.
Labbé returns to the NWSL this year with the Courage, after last playing in the league with the Washington Spirit in 2016. She also plays internationally for her native Canada. Read her answers below. 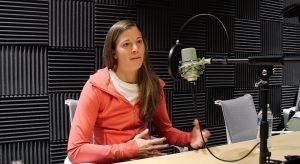 Labbé I meditate before every game. In the morning, I’ll do a 20-minute meditation and after the meditation, I journal. Before the start of the game, when we’re in the locker room and everyone’s getting hyped, I sit down in a corner and I close my eyes and breathe a little bit, and read whatever it is I wrote that morning. It’s usually something along the lines of how I want to appear in the game that day — just little reminders, whether it’s about the other team, but for the most part, it’s how I want to bring myself, and what I want to show on the field that day. So I just read it, and it’s a little reminder. In the locker room, people are singing and dancing and jumping up. Don’t get me wrong, for the most part, I’m not the one dancing, but I’m enjoying it, and I’m watching everyone else do that. But that’s kind of my challenge — sit in a very loud and distracting environment, and can I focus for one minute? If I can do that, then when I’m in a stadium of 60,000 people and in a high high pressure situation, I’ll be able to tune out all the distraction and noise as well. And in North Carolina, I heard all the games are sold out. I’m putting it out there for the fans.

Labbé Work on the mental game. 100% don’t compare yourself to others. If I could go back and redo that side of the game — I spent so much time and energy comparing myself to others, and saying like, “Well she’s playing and this is what she’s doing, so I should do that.” It actually took me much further away from what my strengths are and what makes me a unique goalkeeper. Once I figured out that if I just focus on me, and work on my strengths, and what makes me a great goalkeeper, it doesn’t matter what other people are doing. It doesn’t matter what they’re good at. What matters is I’m good at something, and I work on that, and show that, then that’s all I can control. I know that I just spent so much time and energy focusing on other people and what they were doing that if I would had this mindset and knowledge when I was young, there’s so much more potential of what I could be at this age. Just focus on yourself. Find out what makes you unique and strong, and stay true to that.

Labbé I’m a pretty open book. I don’t know if there’s something people don’t understand. Maybe the fact that I’ve had struggles off the field, but then I’ve been able to find my way to still perform on the field. I think that when I step onto the field, that’s my free zone and my happy place — the place where I can feel completely myself, so I think my ability to separate the two in a sense. So yeah, to separate whatever’s happening off the field, and to be able when you step across the white line, bring your best self and leave all the distractions behind. 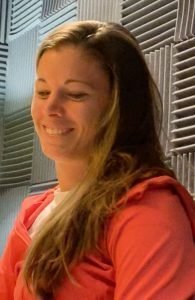 Labbé I would say to me, it’s something about character. I want it to come back to something about me as a person. I think that you can do all of these things on the field. You can make these big saves, and you can make a game-winning save, or whatever it is, but at the end of the day, if I can leave a legacy of being a good teammate and being a good person. I don’t know if it’s ever been specifically like that. I don’t know if I remember specific games, but definitely after training. I don’t remember specific moments, but I do remember when people say things like that — like, “thanks for your support,” or about your work ethic or whatever it is. I think anytime that people say something about my character, that makes me happy. 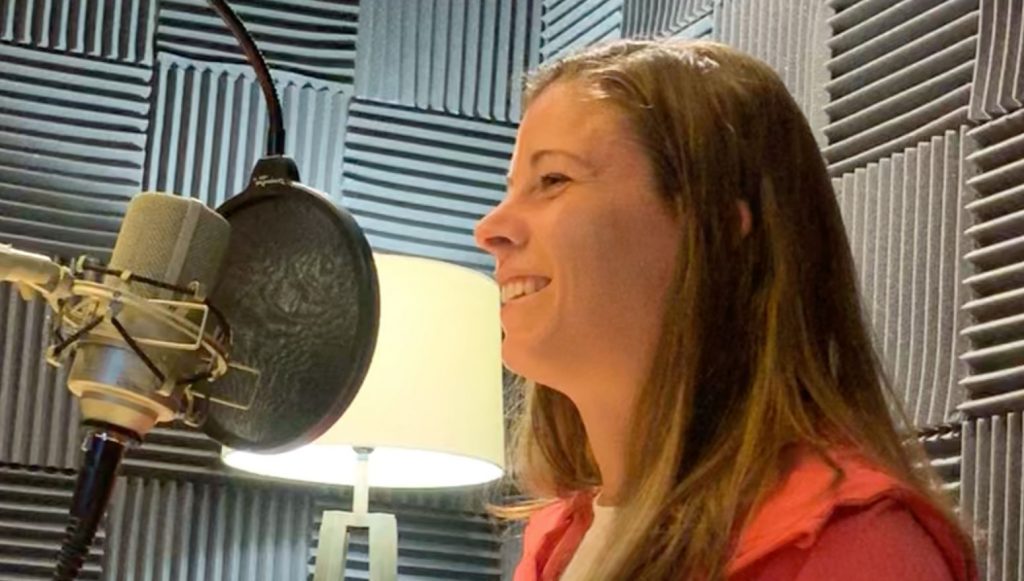 Labbé First thing I would want to do, is crack open a beer, but that’s not always possible. Beer of choice would be — if I’m in Cananda, I’ll have to say Big Rock Brewery — shout out. Anywhere around the world? I don’t know like a Hefeweizen or a wheat ale would be great. Other than that, usually my dog has probably been home for like five or six hours by himself, so it’s probably give him some lovin’ and take him out. Then once I have time to process the game, it’s just to eat carbs — like pizza or something nice and hardy. Pizza and beer. It’s a little tough on three-game weeks. You don’t want to be having that three times a week, but there’s something to me about the balance between mental and physical. Yeah, that might not be the best thing for my body, but it’s the best thing for my mind. If I can recover mentally, I’m great.

Labbé It’s a tough one. I think that the way that our careers go and moving around a lot, there’s different people that come in and out of your life and play big parts in different phases of your life. My instinct is to go towards Georgia, my girlfriend. But at the same time, she hasn’t been there through all of it. But I would say more recently, I’d say I’ve had more struggles in the past five years and more challenges and obstacles to overcome that she’s been there for. It’s not necessarily like her helping me through my obstacles, but seeing the obstacles and challenges she’s gone through and faced head-on with no fear and no worry about consequences, I think seeing other people do that is kind of what inspires me and pushes me. 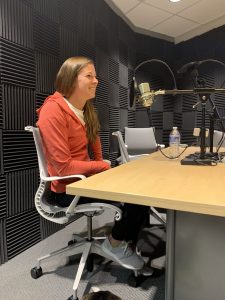 Labbé I think my gut is going towards team culture trumps everything. No matter what type of a coach or coaching style you have, no matter what the results are, no matter how successful of a season it is, team culture makes it enjoyable. Team culture makes the results not matter in a sense, making it less important. Team culture helps bring the best out of individuals. To me, that’s one of the most important things because when you feel like people have your back and when everybody feels that, that they’re trusted, they’re respected, and that people have their backs, they’re able to perform to the best of their abilities. That’s what really matters.

Labbé I’m a salty kind of girl so like popcorn and chips — Smart Food popcorn, the cheddar one. If I don’t have that, I’ll make homemade popcorn with some coconut oil and I’ll put nutritional yeast on it. It’s to die for. I could eat a giant Smart Food bag in one sitting so easily. I wouldn’t even think twice about it.

Labbé My dog, my girlfriend, my family, my niece and nephews. Then I think just being around good people — being surrounded by people that are happy and enjoy life.

Labbé I’m currently reading The Tattooist, which is really good, but I haven’t finished it, so I wouldn’t say I’ve read it, but I’m intrigued. That was actually recommended by Miss Sabrina D’Angelo. The best one I’ve read though — I’ve had a history the last few years of reading a lot of self help books, which is good and bad. I really love reading them, but they don’t really keep me hooked because I kind of get my piece of advice out of them. With that, I’d say The Power of Now was a really good book. I liked that one.

Give me a question for the next player doing Starting XI Questions. Our next interview is looking to be Elizabeth Eddy.

Labbé What’s the biggest challenge you’ve had to face in your career and how has it changed or shaped the player you are today? How has it affected how you play today?

Check out our other Starting XI Questions from the 2019 season so far, including our first with former NC Courage goalkeeper, Sabrina D’Angelo, forward Jess McDonald, defender Kaleigh Kurtz, and midfielder Lauren Milliet with more to come.

Look for the full article on Stephanie Labbé shortly.

Fresh off of a goal Friday night, we've got @thenc

Happy birthday to a beast of player, person, and m