With the departure of goalkeeper Sabrina D’Angelo, the Courage were in need of another keeper on the roster. Today, head coach Paul Riley, acknowledged the goalkeeper was likely to be on the roster of the North Carolina Courage. Via Twitter, Riley named Stephanie Labbé to their roster earlier today. 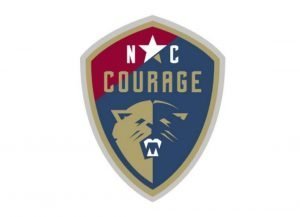 D’Angelo’s spot will be filled with another Canadian national team member. Labbé, 32, will become the Courage keeper, likely in the number two spot behind Katelyn Rowland. For several weeks, rumors circulated on Twitter that Labbé might end up with North Carolina’s NWSL squad. Today, the head coach confirmed those rumors were accurate. The club has yet to confirm and make it official.

Labbé most recently played in Sweden for Linköpings FC in the Damallsvenskan, and internationally for the Canada women’s national soccer team. She won a bronze medal with Canada at the 2016 Rio Olympics. She had hinted that she wanted to return to the NWSL, and an article published at the end of January noted she will again play in both the NWSL and for Team Canada in the 2019 World Cup.

In 2016, Labbé started and played in eight matches. She captured the club record of five shutouts in one season.

In September of 2017, the keeper announced she was taking a medical leave of absence for an unspecified reason. In the months leading up to, and since, Labbé has talked about her bouts of depression.

As teammates on the Canadian National team, former Courage goalkeeper D’Angelo said Labbé would be a good fit with the Courage, and they’d be set with her on the roster.

“The club is lucky to have a great goalkeeper like Steph join the club,” D’Angelo said.

“She’s a high-quality goalkeeper that’ll definitely help the team continue to grow. I’m excited to keep up with her and Kate and watch the team take on the 2019 season.”

Steph Labbe is joining team.
….Not sure what hold up is at this point. Excited to have such quality goalkeeper & person on board. I love players invested in process & drenched in idea of learning their craft. Steph will fit in fantastic with our environment #follownoone https://t.co/uthTvzX5Lj