Since relocating from Western New York to North Carolina back in 2017, the North Carolina Courage have celebrated success on the field and even bigger success in creating a culture on and off the field. Courage players and coaches enjoy each others company, are competitive, but friendly at the same time. But it hasn’t always been like that. Forward Lynn Williams reflects on her beginnings with the WNY Flash and where things have ended up here in North Carolina.

Williams was selected sixth overall in the 2015 NWSL College draft by the Flash, and was a part of a bunch of players whose names are both impressive and will be familiar to Courage fans.

“There was a core group of us in 2015 that got drafted to Western New York and it was Sabrina [D’Angelo], me, Jae [Hinkle], Sam [Mewis], Kristen [Hamilton] and Abby [Dahlkemper],” Williams said.

“We were the six original Western New Yorkers. We went there, and you come out of college and you’re like, ‘I’m going to be a professional athlete.'”

But Williams said things were not all smooth sailing from the start.

“It was absolutely terrible,” she said.

“We would cry to our moms like two times a week just being like, ‘Get me out of here. This is terrible. We’re losing. I’m not having any fun.'”

Williams said there was a strange divide coming into the Flash between the veteran players and the newbies/rookies.

“I just think at the time, it wasn’t managed well, and not to bash the Sahlens at all, because they really helped us out, and started us off and gave everything they could to the game, but for some reason, that group of people just weren’t clicking,” Williams said.

Of that group, all but Mewis were from the West coast, making everyone homesick and it was most of the players’ first times away from home for an extended period of time. 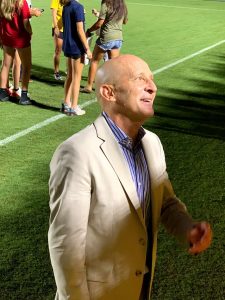 On top of being homesick, paid very little, the NC Courage forward said they were all defeated but wanted to give it another year for things to improve, which so happened to coincide with the arrival of a new head coach, Paul Riley.

“We were like this is a new coach, let’s see how things go.”

Other pieces started to fall in place, with the team acquiring Abby Erceg from the Chicago Red Stars.

“When [Riley] came in, we kind of have to buy in, because we don’t really have an identity right now,” Williams said.

“It’s either buy-in or have another year like last year. Let’s do it.”

Williams said they referred to themselves as the Bad News Bears that year.

“Paul came in and in the first week, he was like, ‘oh my gosh, you guys can’t string five passes together,'” she said.

“He thought he walked into the worst team of teams. He really did, and was like, ‘What did I get myself into?'”

“It just kind of developed into him putting love into the game for us,” Williams recalls.

“There is no goal. There’s no finish line. I know everyone hears that and it’s not about the final. It’s just how can I make you be the best soccer players you possibly can be? I think when we started taking on that approach, it started bringing a love back in the game and we really started having a good time.”

In 2016, the Western New York won the NWSL Championship for the first and only time.

“We had if you ask anybody, we had no business being there, but somehow we squeaked into the playoffs, and we ended up just winning,” she said.

“We knew how to score goals, but at the time, we didn’t really know how to defend goals.” 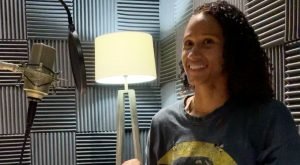 “I don’t think we’re going to have the historic year we did like last year,” she said.

“I just don’t think it’s going to happen. If it does, great. But I do feel we’re much better this year than we were last year. I think that’s a huge testament to Paul and just the ability to help each player be the best player they can be.”

She said she now enjoys coming to work every single day, and the combination of coaching and relocating from New York to North Carolina was huge.

“No offense to people who live in Buffalo, but it’s way better [in North Carolina] than Buffalo,” she said.

“I think that’s a huge thing for us to move and be around this awesome community. I think that’s the whole story of us now and how we’ve become this team. It wouldn’t have started unless Paul came in and was like, ‘Alright, let’s get this back together. Let’s put love back into the game first and then let’s start building on top of that.'”

And @jmac1422 gets in for the last few. #courageCo

Check out the first 2020 #StartingXIQuestions with

Haven’t worn this in awhile. How about tonight?

There’s going to be some major work done at Wake

First interview of 2020 for us coming up tomorrow,

Look at us getting all official. Ramping up for 20

In case you missed it, we just snuck another #Star